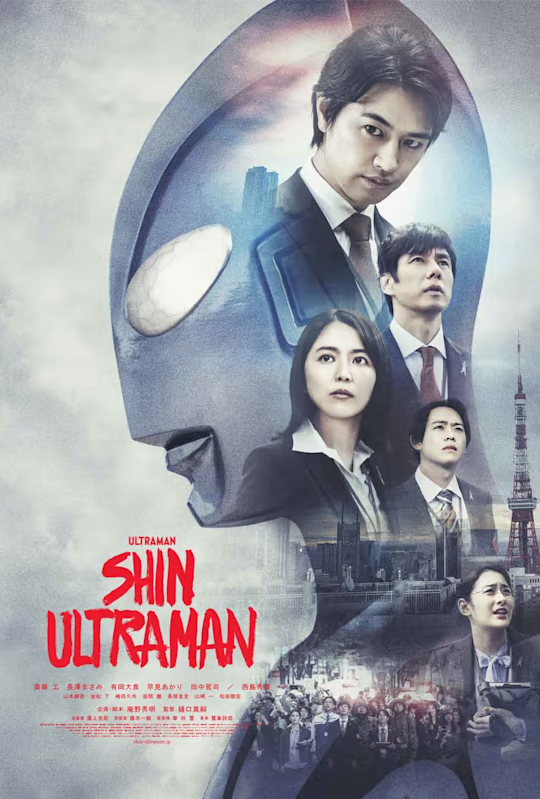 Hideaki Anno and Shinji Higuchi have returned with another reboot of a tokusatsu classic, Shin Ultraman. Like in its predecessor, Shin Godzilla, Japan is being ravaged by kaiju. The government agency, S-Class Species Suppression Protocol (SSSP), investigates these creatures to figure out a way to stop them, but during one attack, they find another type of invader, an extraterrestrial dubbed “Ultraman”. Hiroko Asami (Masami Nagasawa) joins the SSSP just as they are trying to determine whether Ultraman is friend or foe. The analyst finds herself entangled in a battle among Earth’s new alien invaders as she tries to figure out the mystery behind her partner, Shinji Kaminaga (Takumi Saitoh).

Much of Shin Ultraman pays homage to the original Ultraman series from the antagonists to the bombastic score. Higuchi even had original Ultraman actor Bin Furuya do motion capture.  The movie probably would be better off as a miniseries, as the appearance of the multiple villains in succession contribute to a loss of cohesion. At one point, an intense battle ends abruptly to introduce a new threat. It is a notably disappointing moment, as the introduction of electric guitars to the fight soundtrack made the fight seem like the climax of the film. 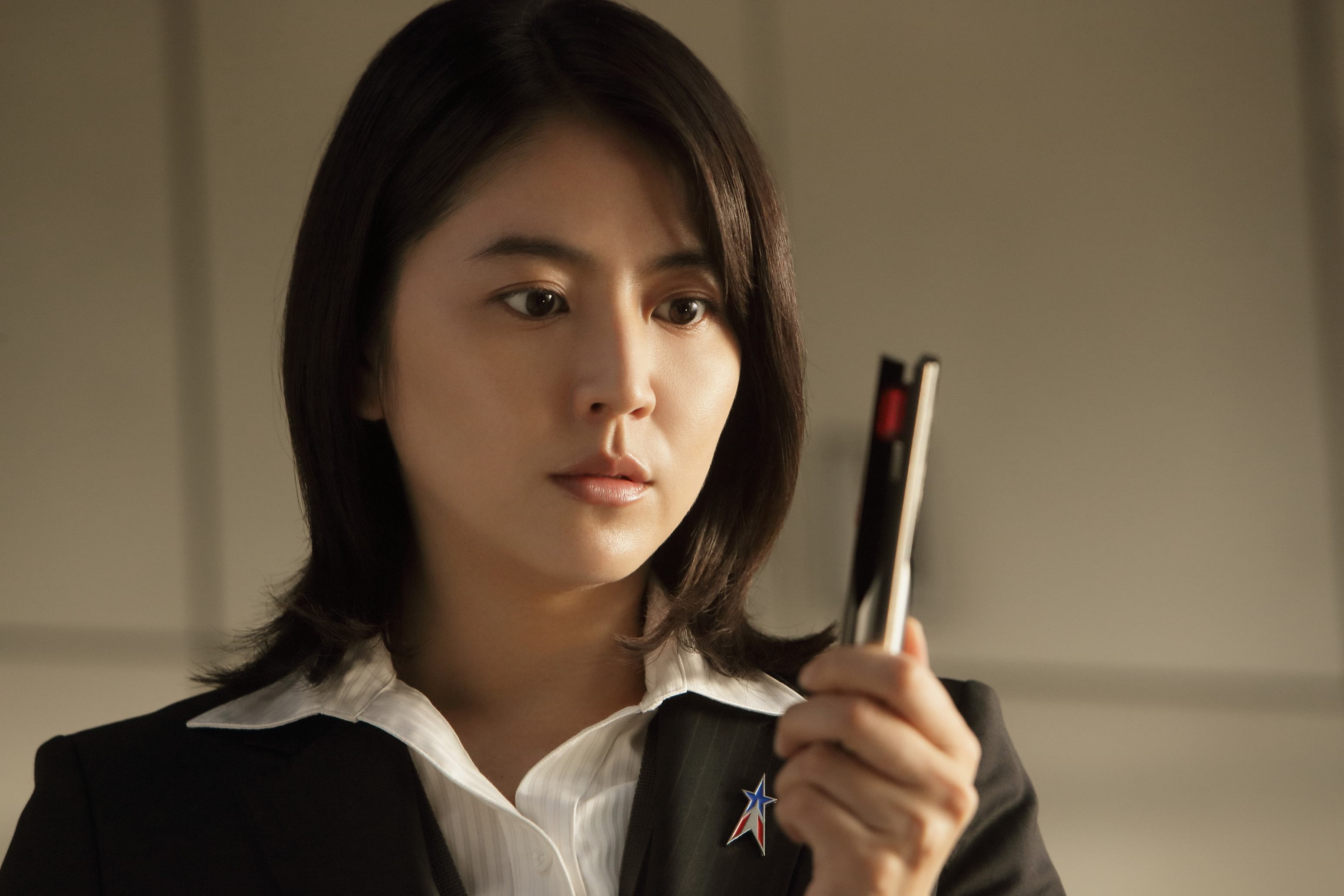 Nagasawa plays Asami with the exaggerated enthusiasm of an anime protagonist.  She is so charming that Asami’s quirk of slapping her own butt—and other’s—to get amped up comes across as endearing rather than an HR nightmare. Her chemistry with the enigmatic Saitoh is palpable and strengthens the developing bond between the two characters, a major sub-plot.  Koji Yamamoto’s Mefilas is the stand-out villain, as he too is charming—to the point where everyone nods along to his tyrannical demands.  Yamamoto’s experience in the world of theatre comes in hand with Mefilas’ flair for drama and signature snap.

Shin Ultraman’s fights will delight tokusatsu fans, as traditional practical effects are blended with CGI. The moments in between are wordy and full of odd camera angles.  Some of it works, as the view from under a character’s desk or through their laptop’s camera suggest a state of constant surveillance. Other times, the slightly askance perspective distracts from what is being said, and Shin Ultraman has several jargon-filled speeches and backstory revelations. 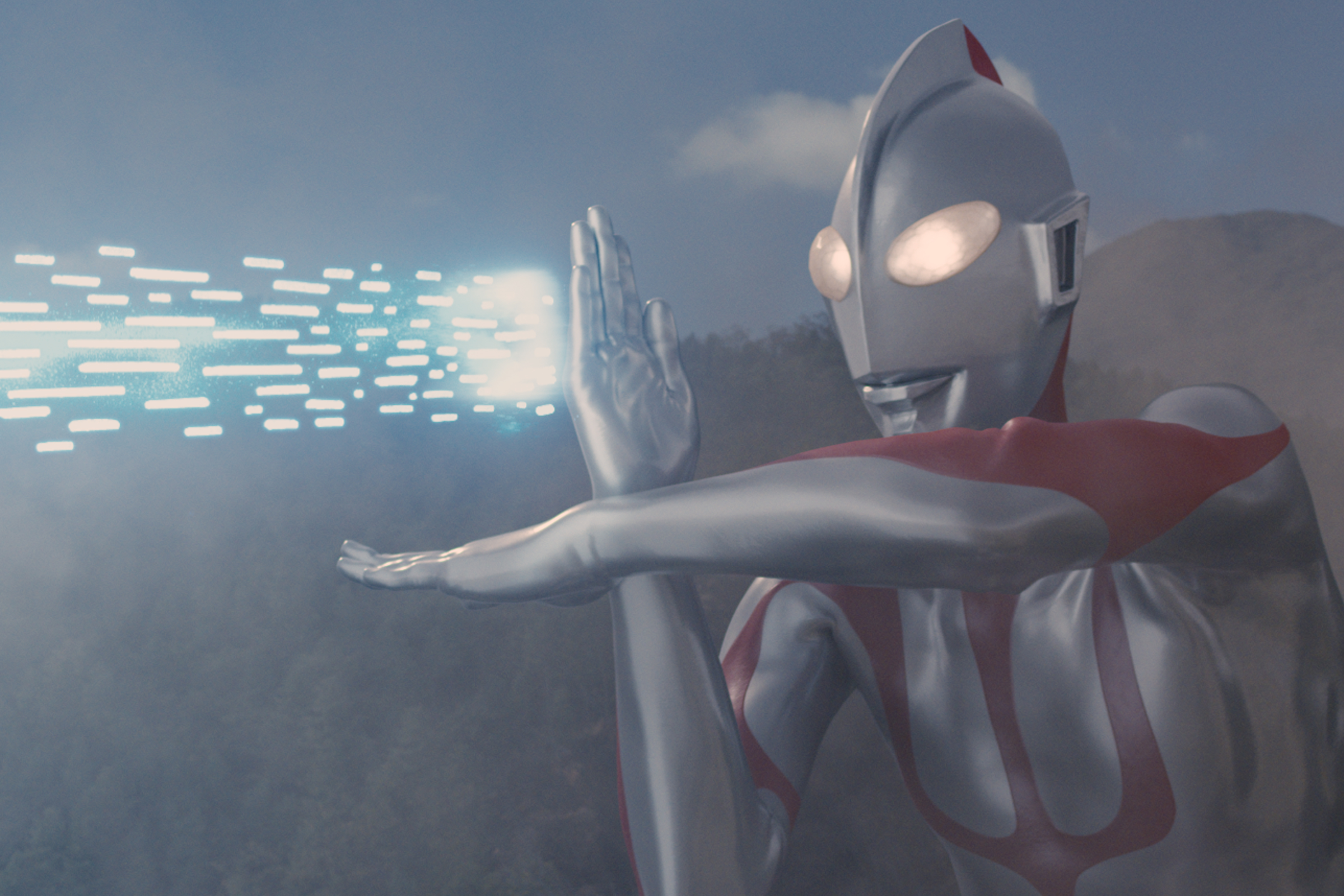 Anno, who wrote the screenplay, has said that he intended Shin Ultraman to be for adults, and he definitely includes a feeling of existential dread throughout the script.  The various alien invaders remark upon humanity’s insignificance, and physicist Akihisa Taki (Daiki Arioka) has a heart-wrenching moment of despair before he finds the courage within and support from his colleagues to continue. It is this triumph over great odds and relentless optimism, mostly embodied by Asami, which keeps Shin Ultraman a fun movie that had the Anime Frontier audience cheering at the end.

Shin Ultraman was screened at Anime Frontier and will be available for limited release nationwide through Fathom Events on January 11 and 12, 2023. 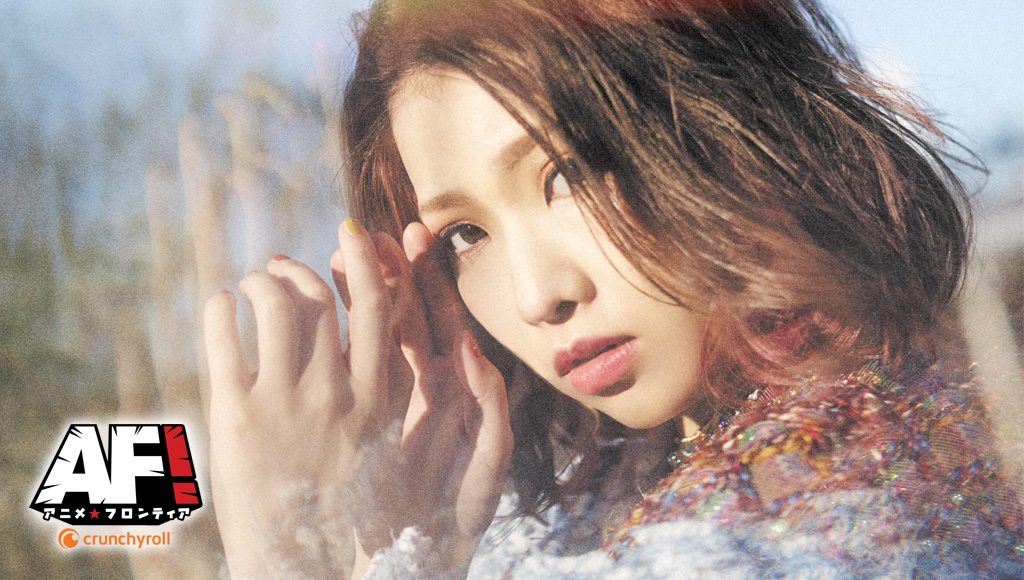