SUMMARY
THIRD-i and Kano barge into the church, but Maya and Anzai (K) get away. Gravely injured, Takagi hands over a data stick containing all his intel on the terrorists, including the real nature of the “jewelry box” — it’s a 20km radius neutron bomb that will wipe out the population of Tokyo.

Falcon’s father is rushed into surgery, and Falcon attempts to hack into the terrorists’ computers, but this time he’s locked out for good. Maya gives the jewelry box ignition switch to Anzai, who assumes the role of the new cult leader, filling her father’s shoes. She starts the countdown for the bomb, giving them 5 hours to get to safety away from Tokyo. 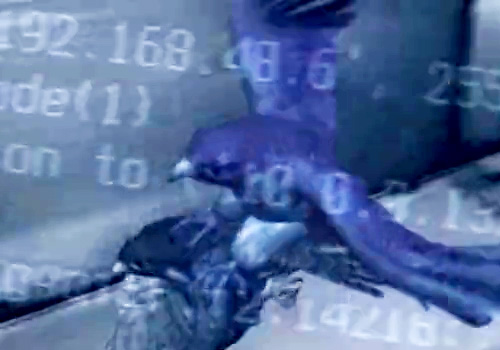 J’s not happy about the new girls club running things, and he kidnaps his half brother Otoya to draw Falcon to a secret meeting. He delvers a special laptop to Falcon that gains him access to the jewelry box timer. Falcon starts hacking to save Tokyo and his best friend.

Falcon shuts down the computer timer and pinpoints Anzai’s location. He gets a head-start on THIRD-i so he can talk to his schoolmate alone, trying to understand her motivation for these terrible deeds. Anzai replies that he can’t hope to understand her, since she’s a god now and he’s just a mere human. Even though Falcon’s shut down the computerized ignition, there’s a second timer connected to her heartbeat. She dares Falcon to shoot her. 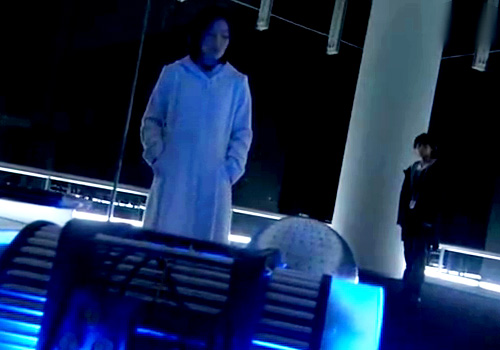 THIRD-i saves Falcon the trouble, and Kirishima himself pulls the trigger, ending Anzai’s life and freezing the bomb’s timer. Later, J gives Falcon a phone call to say thank you, promising to meet again. Takagi Sr. doesn’t survive his gunshot wound, and Falcon stays by his sister’s side as she receives a kidney transplant from her father. Falcon takes some time to reflect on the hospital roof, as the bustle of Tokyo continues below him. 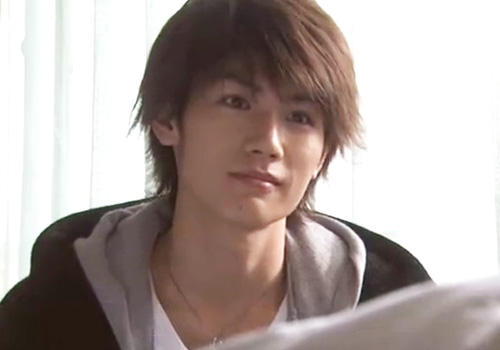 Falcon (Haruma Miura) earns a moment’s peace at his sister’s side.

WHAT’S NOT SO GOOD
Eri Tokunaga as Anzai/K just isn’t convincing as a manipulative terrorist. Her dialogue with Falcon about life, death, and society falls flat, and young actor Miura carries the scene all by himself.

BLUEBIRD VS. FALCON
The animated Falcon effects are back as terror hacker (alias Bluebird) and Falcon battle for control of the bomb. The bird-battle is pretty savage, and Bluebird ends up a bloody mess.

PLAY IT ONE MORE TIME (…OR THREE)
In case you missed it, The “Bloody Monday” sound effects come back several times this episode, as the show’s sound designers cash out their final reserves.

FINAL EPISODE
Many of the supporting characters (Maya, Takagi, Sr., Otoya, the Minister of Justice) don’t get closure here, and it’s apparent that the producers are holding back some finality in order to save options for the sequel, Bloody Monday 2. The series did a great job of creating engaging personalities across the board, and it’s a shame so many characters get passed over in the last episode.