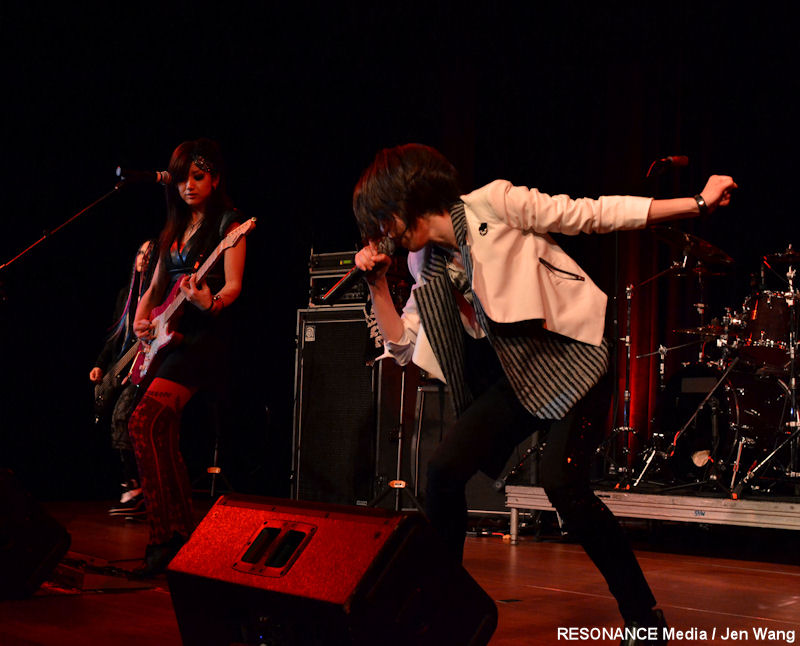 For anybody in the A-Kon audience unfamiliar with exist†trace, the band was introduced as one of the first female visual kei bands. Gender, however, is irrelevant, as exist†trace proved that night. They rocked the house and made the crowd even more pumped than they had been while waiting.

They kicked off their set with a new single, “DIAMOND”. It was a sassy number with Jyou and miko trading off vocals and dancing behind the mics. Going from new to old school, they followed with “Judea”. Although some of the screams and growls were absent, the ladies revealed that they haven’t lost their edge. Heads were banging, and Naoto’s dreads went flying as she churned out the rumbling bassline.

The band’s excitement was tangible, and the audience fed off of it. “Kuchibiru” was another new track, featuring more of great harmonizing between Jyou and miko. Omi’s guitar riffs added a lot of cool attitude to the song. “RESONANCE” shifted the mood back to dark and ominous. As Naoto brought back more of that thundering bass, Mally beat the life out of the drums.

“Cradle” began with just Jyou singing her heart out to miko’s gentle strumming. Occasionally Mally would tap on the cymbals, but it wasn’t until halfway through that the rest of the band joined in. This gorgeous ballad highlighted exist†trace’s willingness to be vulnerable. They may seem cool on-stage, but they never hide their feelings. Throughout the night, Jyou would pause to express her appreciation at being able to play A-Kon. miko called Dallas her “hometown”, which made the locals cheer with pride.

The ladies displayed their sexy side with “Honey”. Jyou’s swagger and miko’s strut drove the audience wild. The band’s energy seemed limitless. Occasionally two of them paired up to share a moment soaking up the limelight or engaging in an instrumental face-off. Naoto and Omi had a particularly intense duel that ended in smiles from the usually stoic pair. exist†trace concluded their set with two powerful pieces, “TRUE” and “VANGUARD”. Hair went flying everywhere in time with the heavy riffs and pounding drums. They had been giving 100% the entire night, and it seemed like they could crank out a few more songs.

However, there was only the encore left. Mally led the charge back onto the stage, holding up an exist†trace towel. They gave one more demonstration of their fierceness and passion with “liquid” and left the stage with gigantic smiles on their faces. The audience was grinning right back, as they not only saw an amazing show but had the time of their lives.

exist†trace appeared at A-Kon by arrangement with RESONANCE Media and Monster’s Inc.
http://www.exist-trace.com/ 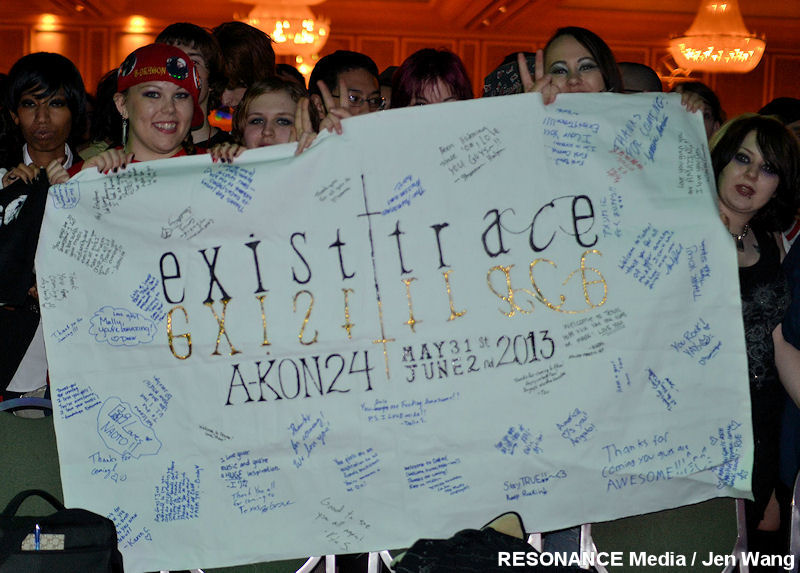 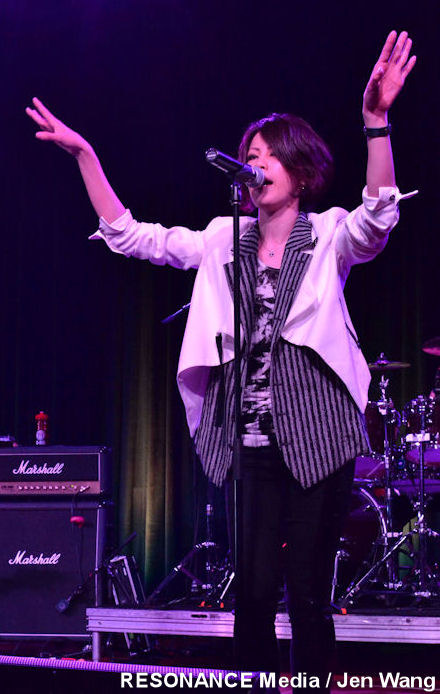 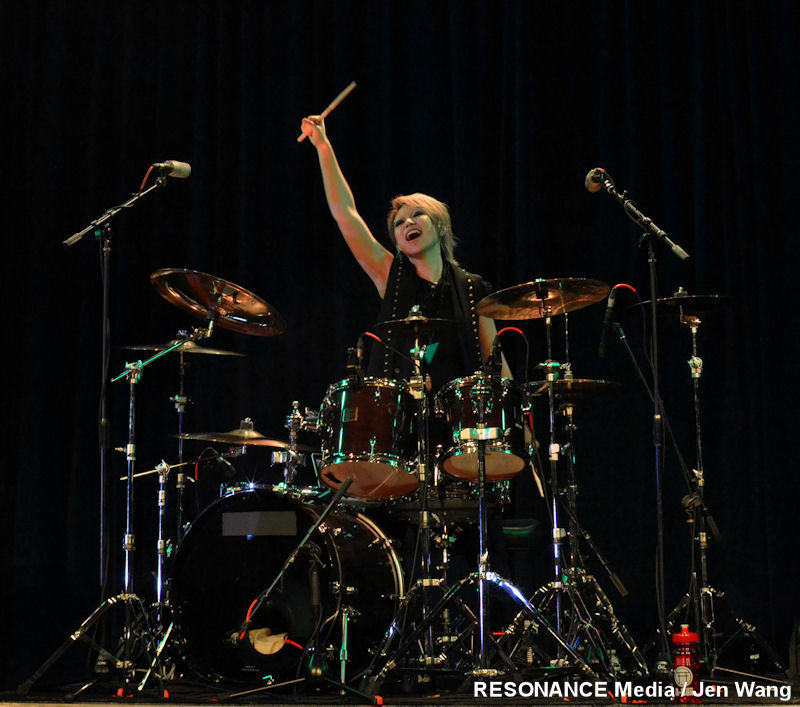 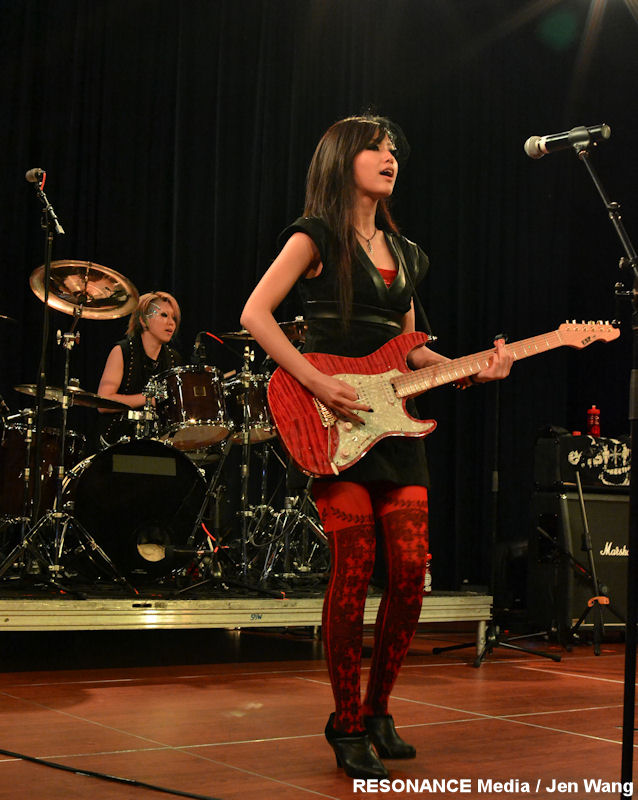 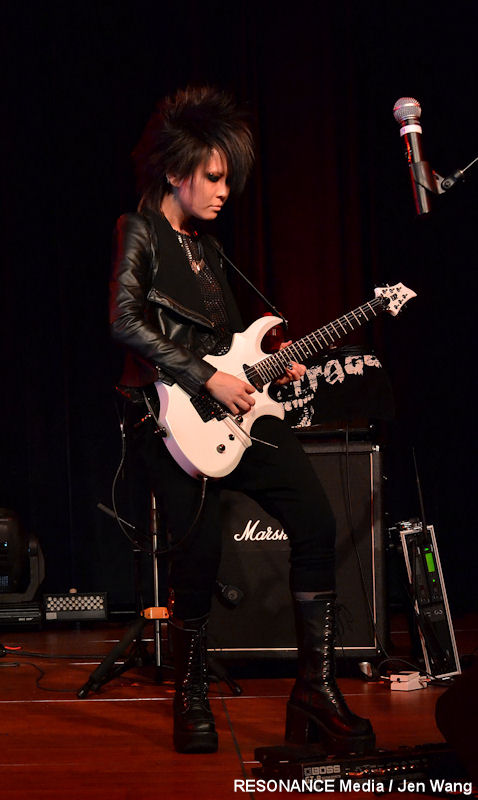 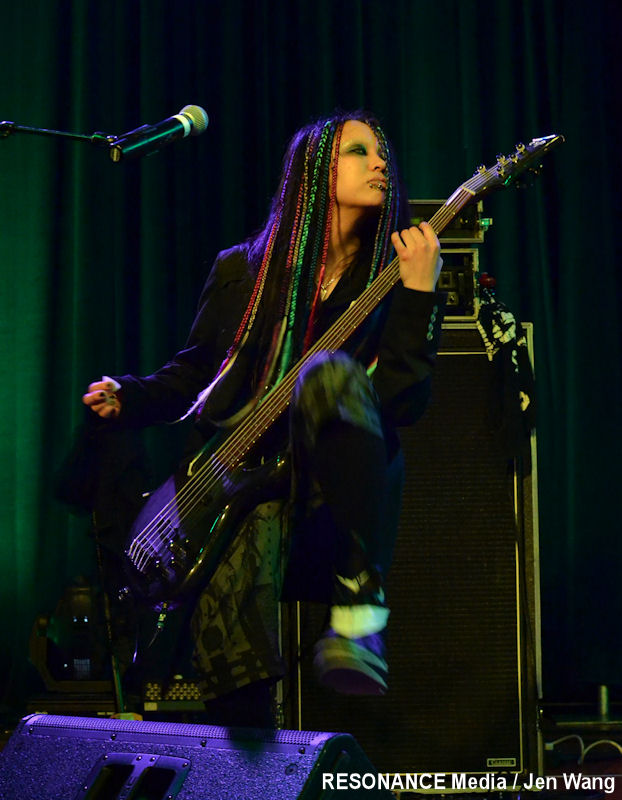 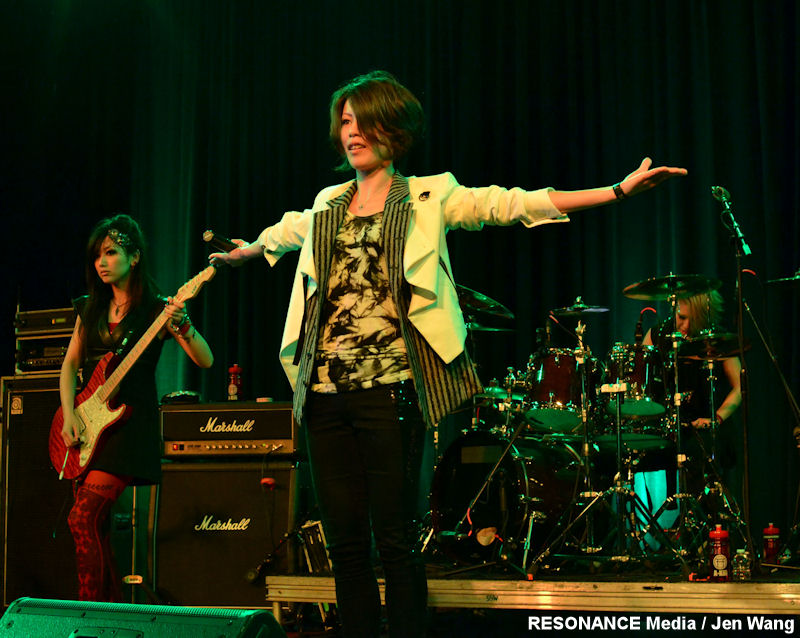