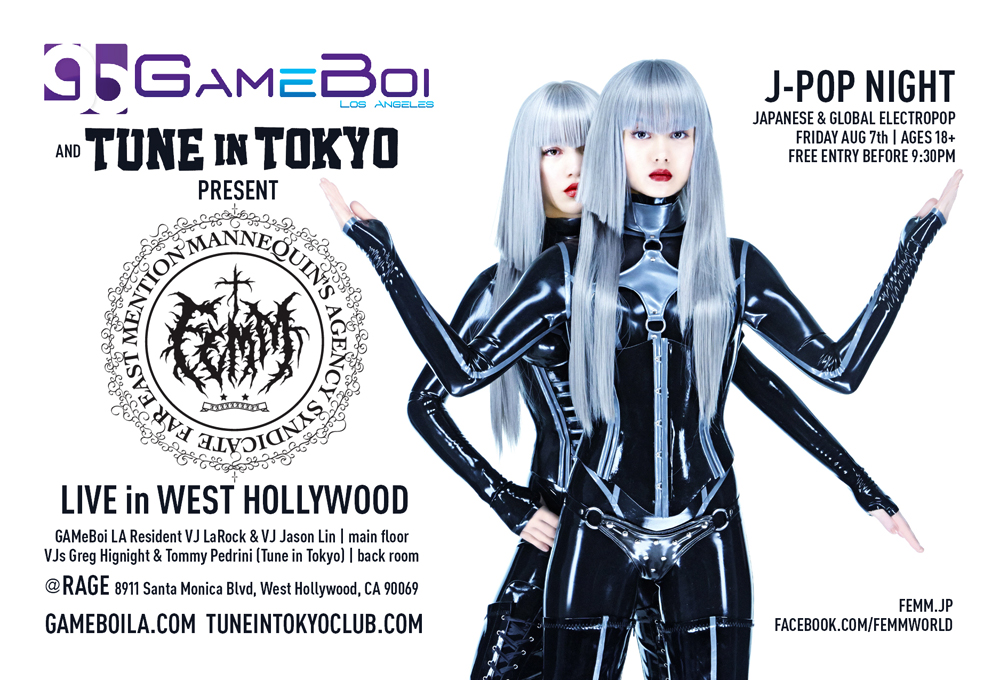 GAMeBoi Los Angeles and J-Pop promoters Tune in Tokyo have announced that Japanese pop duo FEMM will perform live on Friday, August 7th. The high-concept act, which Vice calls “a mesmerizing J-pop electro duo with a backstory more inventive than anything on the SyFy channel right now” will perform at West Hollywood’s long-running GameBoi event in their first live appearance in Southern California.

FEMM, featuring members RiRi and LuLa, debuted in 2014 with a series of slick, futuristic music videos including “Fxxk Boyz Get Money”, “Astroboy” and “Kill The DJ”. Backed by a stellar team of global producers and songwriters, their provocative and catchy sound is a fusion of Japanese Electro, American EDM and Eurodisco.

FEMM will appear as part of GAMeBoi and Tune in Tokyo’s J-Pop Night. FEMM’s performance time is scheduled for 12:30 AM on the main stage. Tune in Tokyo DJs Greg Hignight and Tommy Pedrini will also be spinning J-Pop and global electrohop all night on the second floor.

GAMeBoi at RAGE is ages 18+ with ID. Free entry before 9:30 PM. Discounted cover available at www.gameboila.eventbrite.com 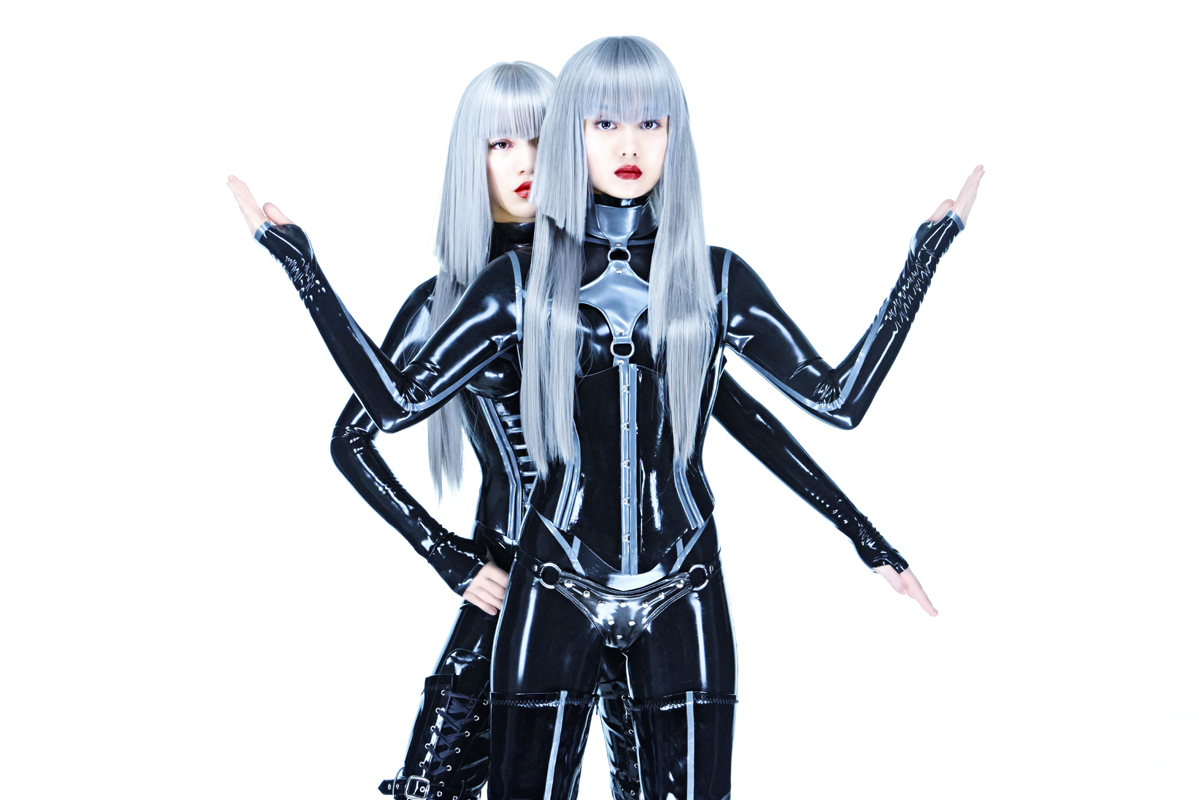