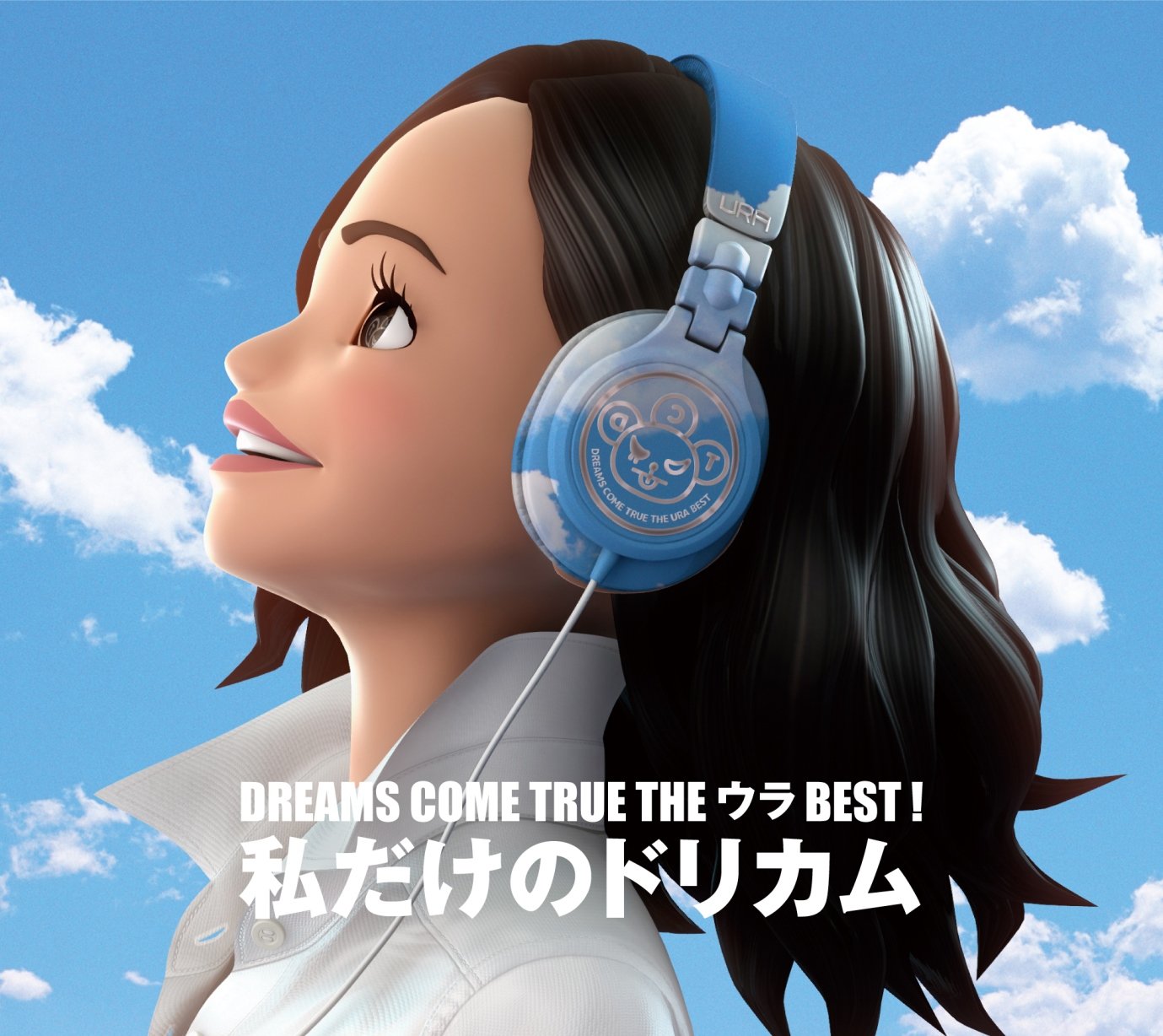 Dreams Come True – The URA Best! again contains 50 songs, book-ending the previous compilation and split into 3 discs with specific themes: Disc 1 is the “Watashi Disc” (popular songs that didn’t make the cut for the THE BEST!), the “Miwa Disc”, is comprised of songs hand-picked by singer Miwa Yoshida, and the “Masa Disc” cuts come courtesy of composer, band leader, and bassist Masato Nakamura.

Dreams Come True releases have never been any slouches in the production department (I’ve seen more than one behind-the-scenes documentary of Nakamura and Yoshida’s meticulous attention to detail in the mixing room) but this collection does, in fact, sound sharper and clearer than before. The three newly-record tracks, “Yuki no Christmas (version ’16)”, “Shiawase na karada (version ’16)”, and “Shuu ni ichido no koibito” (version ’16)” are included as bonuses for the super-collectors.

It’s hard to believe how many popular songs that were previously included in the 2000 greatest hits collection The Soul are now packed into the “Watashi” disc. As soon as I heard mainstays like “Kusuriyubi no Kesshin”, and “A Ha Ha”, I had to check my track lists — these are songs that surely could have been on THE BEST!, but it’s just more proof of DCT’s staying power. They haven’t rested on laurels of decades past, and they’re still creating lasting pop hits.

As familiar as these tracks might be to longtime fans, the “Watashi” disc isn’t a quick rehash of the previous collections. Deep tracks like the delightful “Ginga e no fune” (from Million Kisses) and “Iron na kimochi” (from Magic) are making their first “greatest” package appearance, and they’re just the start of the long, beautiful walk through memory lane on the Watashi disc. The first disc closes with the powerhouse “Daikkirai demo arigatou”, and after 17 tracks, I felt I’d already had a double-album’s worth of great music, so much so that I took extra time to savor a few more replays before going into the second and third discs.

The Miwa disc centers on the sensual side (yes, we’ve seen her pole dance in concert) of the group’s iconic lead singer. Mood-heavy groove tracks like “To The Beat, To The Beat”, “Another Junk in My Trunk”, and “Spoon Me, Baby Me” bring this disc straight into bedroom mode. Yoshida has never shied from showing her love of romance (check out her solo albums Beauty & Harmony I & II), but there’s a fun side that’s evident to her worldwide fans. “Sou Dayo” (from Sing or Die), “Kanon” (from Monkey Girl Odyssey), and “Takaku Agere!” (from Diamond 15) will bring a smile to fans of her older material, where Yoshida brilliantly balances sincerity and playfulness.

The Masa disc goes full funky right from the gate, going way back with “LOVETIDE” (from Magic) and “Sayonara o matteiru” (from Wonder 3), and party-ready hits like “Carnaval” and “It’s So Delicious”. Nakamura has always been prone to experimentation with different musical styles, and his versatility as a composer is hard to match. He can slow groove then seamlessly shift into uptempo on “Nante Koi Shitandaro” and throw down some thick disco-bass on “Escape”. Nakamura has a soft side, too, and he knows how to create simple, sweet moments like “Romance” and “Ame no owaru basho”. The album closes with the uplifting “Proud of You” (from The Love Rocks)

Every DCT fan is bound to have a favorite track that didn’t make the cut for THE BEST! or The URA Best! (top of my wish list: The Monster‘s closing track “Dragonfly”). Some playful tracks, like “a little waltz”, “Toridge and Lisbah”, and “Sweet Revenge”, are geared toward the ultimate fan who’s ready to dip into these flights of fancy, but they’re deep tracks that might not catch the casual DCT listener.

Throughout The URA Best! there’s a strong feeling of being on an expertly-crafted guided tour. Not every song is a Wow! but you feel the purpose behind the tracks selection and order. There’s nothing random about this collection — it’s a full-course meal prepared with love and care.