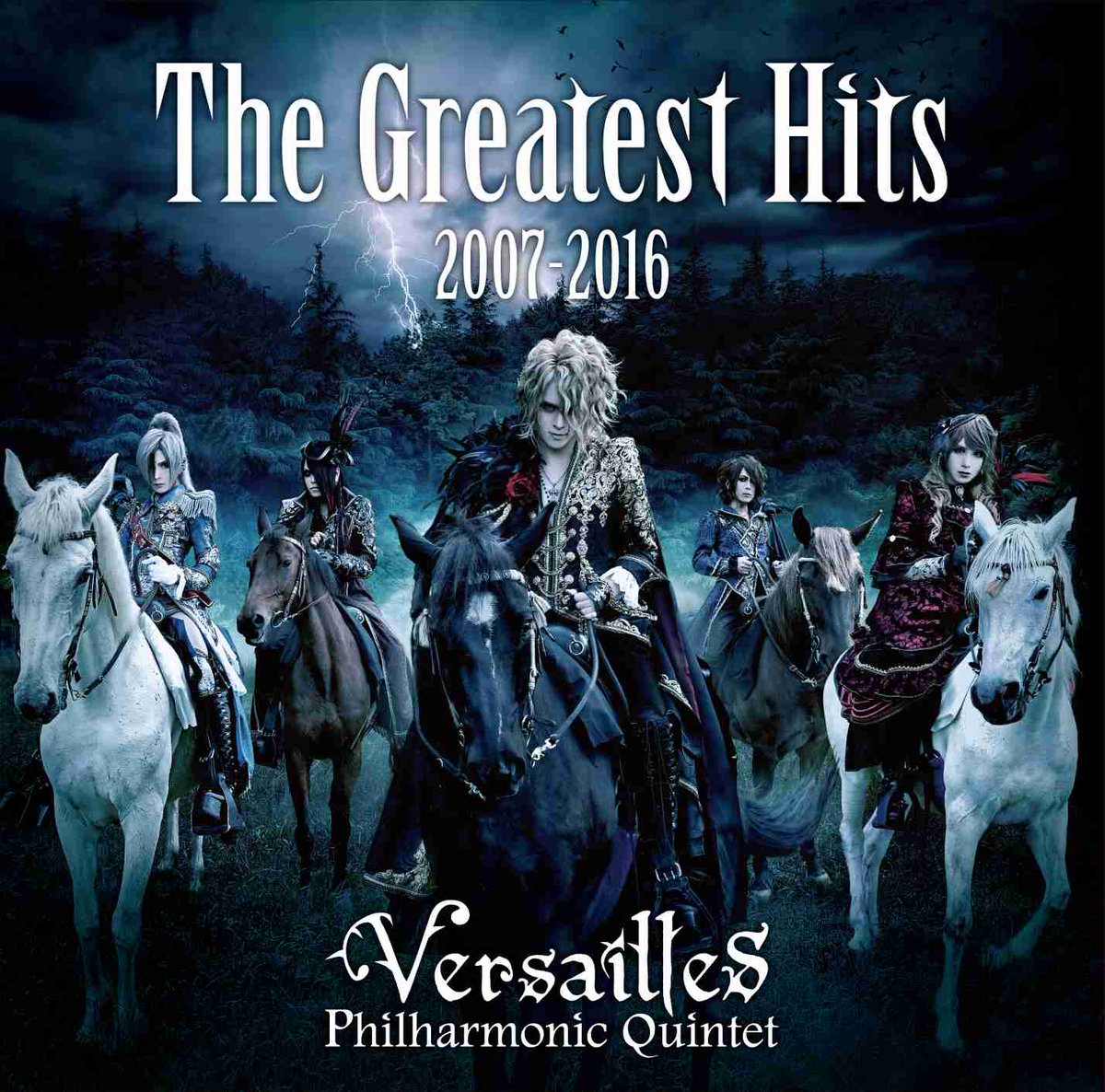 Versailles’s The Greatest Hits compilation undeniably captures the sound that made them popular to visual kei fans worldwide. Filled with the staple songs that initially made me a fan so many years ago, early tracks like “The Revenant Choir” and “Aristocrat’s Symphony” jogged my memory right away, remaining powerful and catchy as ever. The album is the perfect “mix tape” for someone who’s interested in exploring the creativity and opulence of Versailles’s body of work. Play it from start to finish, and you’ve got the perfect metal musical.

The 13-song length is just right, and to be honest, any more and I would have been exhausted. In between the intricate musical structures, dual guitar work and pulsating rhythm, “Serenade” – coming in as track number nine – balances out the album, giving listeners a chance to recover from the relentless onslaught of symphonic power metal. The track, originally a cut from the Jubliee album, is the only ballad on this compilation album.

Jam-packed with familiar hits, the track list is framed by two new songs that feel fresh, while remaining essentially Versailles. “Melodic Thorn – Bi No Boryoku” opens up the album urgently and dramatically. “Chandelier” closes the album with a tinge of romance and optimism.

The special edition of the album comes with an hour-long “documentary” feature, mostly comprised of interviews with band members about their history, how they met, the progress of the band, and their major-label debut. The one-on-one interviews in different locations — leader and vocalist Kamijo in (what might be) his living room, bassist Masashi in his car, drummer Yuki in a live house — are broken up by performance clips and an after-credits announcement of the band’s upcoming show at Budokan. One notable moment in the DVD is when Kamijo breaks down talking about Jasmine You’s untimely death. Versailles and fans were heartbroken when the bassist died in 2009. Even though many years have passed, the band and fans alike understandably will never forget about the eternal member. The candid moment is a reminder that the band is more than just their extravagant music and visual style.

BUY IT AT CDJAPAN!