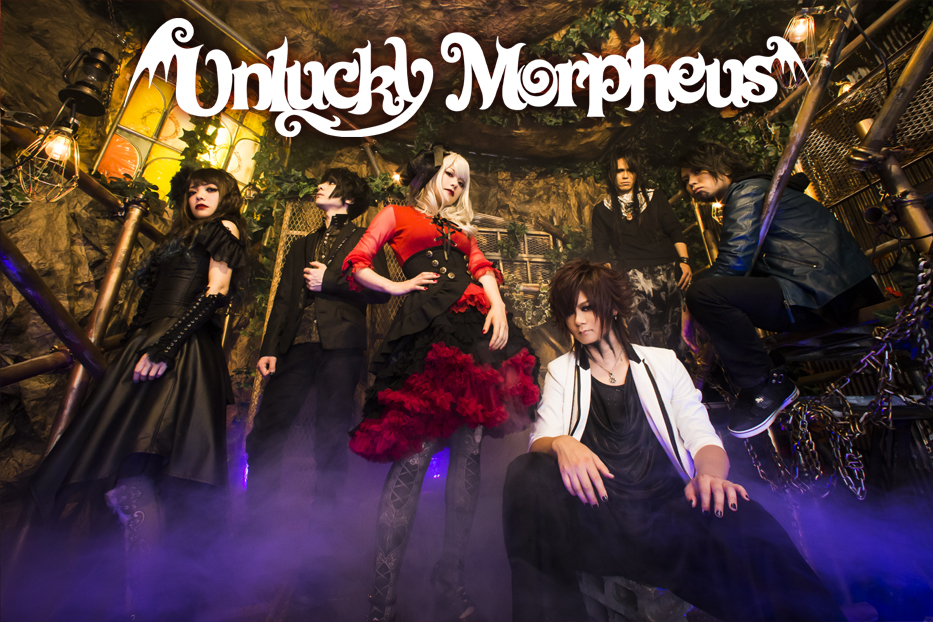 The band released the EP CADAVER/REVADAC a few months ago. What gave you the idea to compose two songs using the same sheet music, the latter having the notes played in reverse?

Shiren: I awoke one morning, and the idea suddenly came to me, and then remembered that I’d dreamt about it the night before. I immediately began composing the first hook.

How long did it take to complete?

Shiren: The production period took about three months, but I was working on a few other things at the same time, so I composed a little each day. The completion of this piece took just a little longer than other songs.

What were the reactions from the other members when you shared with them what you were undertaking?

Shiren: I first told Fuki about it, she just said “…I see.”

Fuki: (laughs) I didn’t really understand how amazing the concept was. I think he’s a very talented person who comes up with ideas like this all the time, so I took it lightly like “Hmmm, he started something interesting again.”

Shiren: I was careful not to let anyone but the band members know about it.

Fuki: Because it was such a great idea!

Shiren: I thought the worst thing that could happen would be if my idea was ripped off while I was composing, so I told the members not to reveal what I was working on.

Fuki: It was just between us. 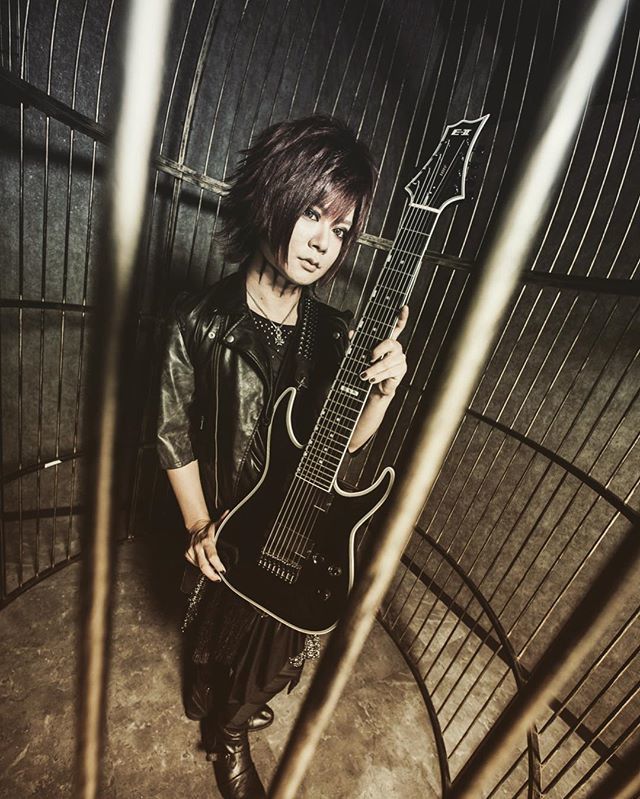 The lyrics to both songs have mirrored/inverted themes as well?

Fuki: Yes, that’s right. Whose idea was it originally? Shiren’s?

Shiren: Well, I think it was mine. It would be odd if the lyrics to both songs had been unrelated even though these melodies are inverted, so from the very beginning I had in mind that the lyrics would relate to each other. Since I’d heard about the technology of turning human ashes into diamonds, I knew the lyrics of “CADAVER” would be about this. Then quite the opposite, I made a fantasy story of calling humans back to life from the diamonds for the lyrics of “REVADAC”.

Fuki: Since the melodies are inverted, we talked and felt we definitely had to do the same in writing the lyrics.

Is the first line in “REVADAC” sung backwards?

Fuki: It is. A Swiss company invented the technology to turn the ashes to diamonds, so I chose German. The first line is “tnamaiD muz ehcsA red noV” — a backwards reading of a German phrase “Von der Asche zum Diamant”. It means “From the Ashes to Diamonds”.

You released your 2nd “re-record” in May, Saireco Jealousy (from 2009’s Jealousy). Many things stand out in the re-record, FUMIYA’s drumming and Jill’s violin are especially prominent. On certain parts in “Jealousy of Silence”, her violin sounds like it is attacking, reminiscent of Bernard Herrmann’s “Psycho”. With both Rebirth Revisited and Saireco Jealousy, how were things different in creating the re-recordings vs. the originals?

Shiren: Well, anything and everything was different. We recorded the first Jealousy nine years ago, at that time I played all the musical instruments or programmed them and Fuki sang. This time Jinya played the guitar and the other members also played their respective instruments.

Fuki: Yes, this time all the instruments were recorded live, with no programming involved.

Shiren: I knew the sound would be obviously more powerful. Nine years ago, I programmed the drum sound to be like live music. But of course, FUMIYA’s drum playing is much more aggressive and that’s a big difference. I also didn’t foresee that we would have a violinist in our band at that time. I’ve been composing songs with a violin for a long time, so I feel like what I wanted to do back then is now a reality. During that time, I forced myself to program a sound similar to what I had been dreaming, but now I’m pleased that it’s become realized at a high level by our current band members. 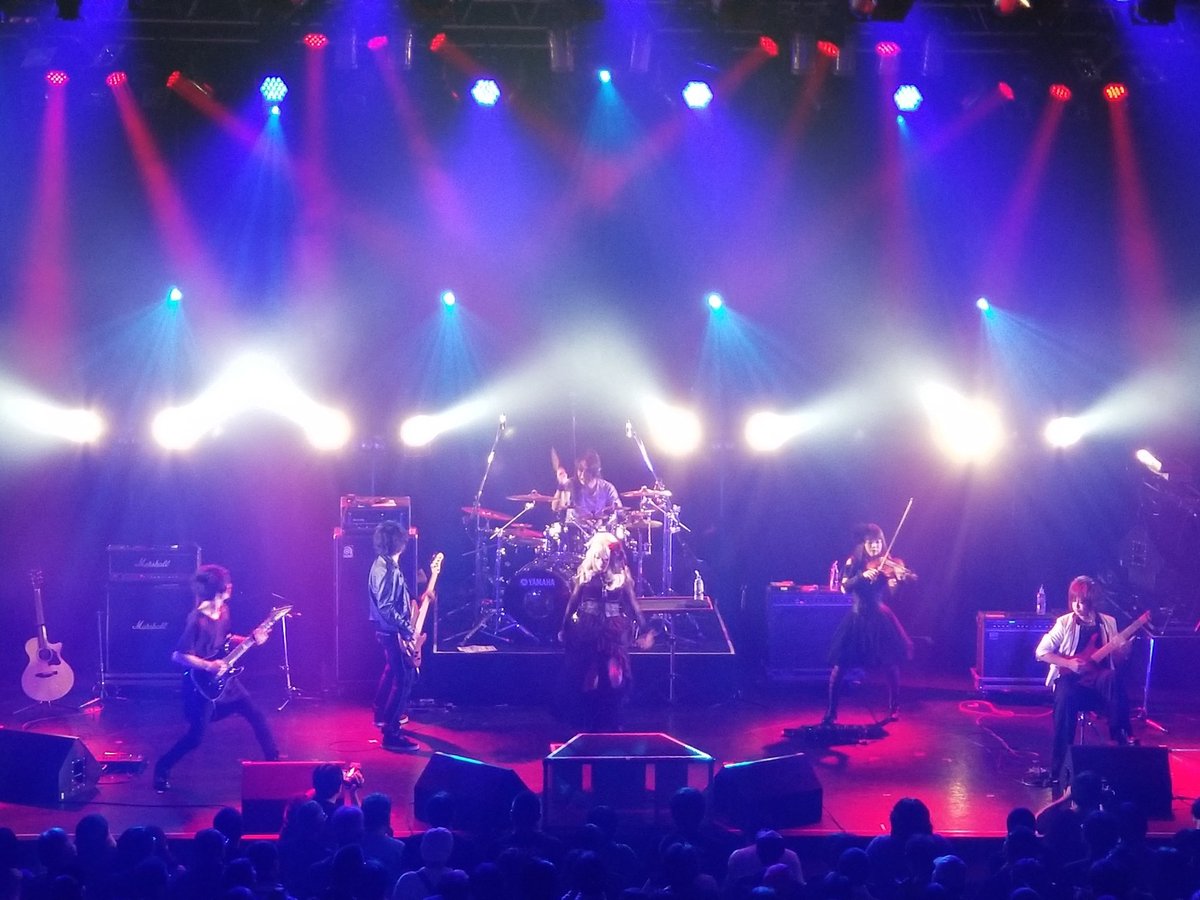 Unlucky Morpheus recently released VAMPIR, Black Pentagram, and CADAVER/REVADAC on digital and streaming services. Are there any plans to release any of the band’s older out of print albums digitally?

Shiren: Yes, there are. The first sources that we could find to be used for digital releases, such as high resolution album artwork and high quality sound files, were those three.

Shiren: Affected will be released one of these days when we locate the files. Our Touhou arranged songs will always be issued on CD only. 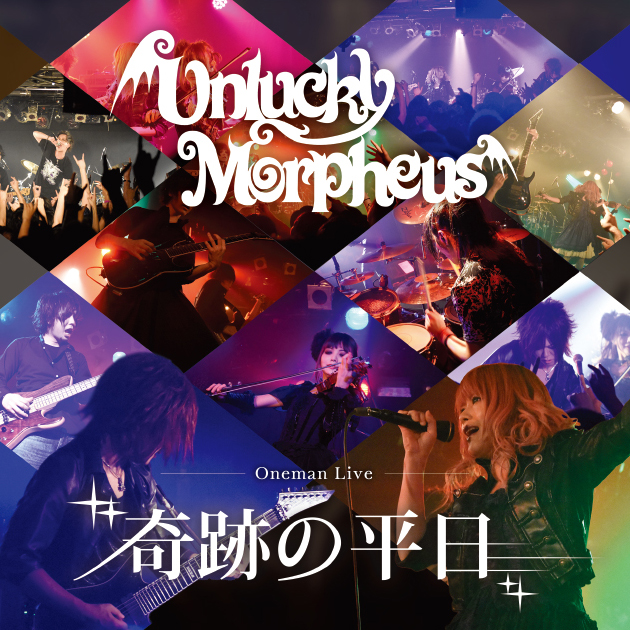 The band has a new full-length album scheduled for release soon?

Shiren: Our new album will be released on September 19th. We’re also releasing a live album on CD on August 10th.

Fuki: We will announce it this weekend at DOLL$FESTA. The live album was recorded on September 14, 2017, and we’ll release it on August 10th. It’s not the same concert as the previously released live DVD. The studio album which will be released on the 19th of September is a full-length album including 13 songs.

One of the new songs, “Knight of Sword”, picks up right where “CADAVER/REVADAC” left off. It has a lot going on, and different parts remind me of “La voix du Sang” and “Change of Generation”, and there is even a cool bass solo. Can you tell me more about it?

Shiren: That’s the lead track. I think it is very “Unlucky Morpheus” with its symphonic and fast sound. This song is inspired by the anime Fate/stay night.

Fuki: Shiren wrote the lyrics for this one.

There will be three more “re-records” on this new album – “Kyomou no koibito”, “Wings”, and “Change of Generation”, which are among my favorite Ankimo songs. Was there a special reason why these songs were selected?

Fuki: I think it’s because these are the standard numbers at our concerts, isn’t it?

Shiren: Yeah, “Kyomou no koibito” and ”Change of Generation” are old stuff, which we’ve been playing at the concerts and we’ll keeping playing them in the future. That’s why we wanted to record new versions. When these original versions were recorded, I used electric drums and it was before Jill joined the band, so I wanted to re-record the highest quality sounds with our band members.

Shiren: “Wings” was selected because we cut the single CD with only that one song. The song is the same we released before (in 2015), but its vocal part has been re-recorded. So, it has a minor change.

Fuki: The “Wings” CD single that we sold last April was just a re-issue, but this time we re-recorded its vocal part. “Wings” was only available as a single, and it has never been included in any album.

Shiren: So, we thought if it was included in an album, we could expect more people would be more likely listen to it, since metal lovers don’t buy single CDs.

Read part 2 of the interview here!