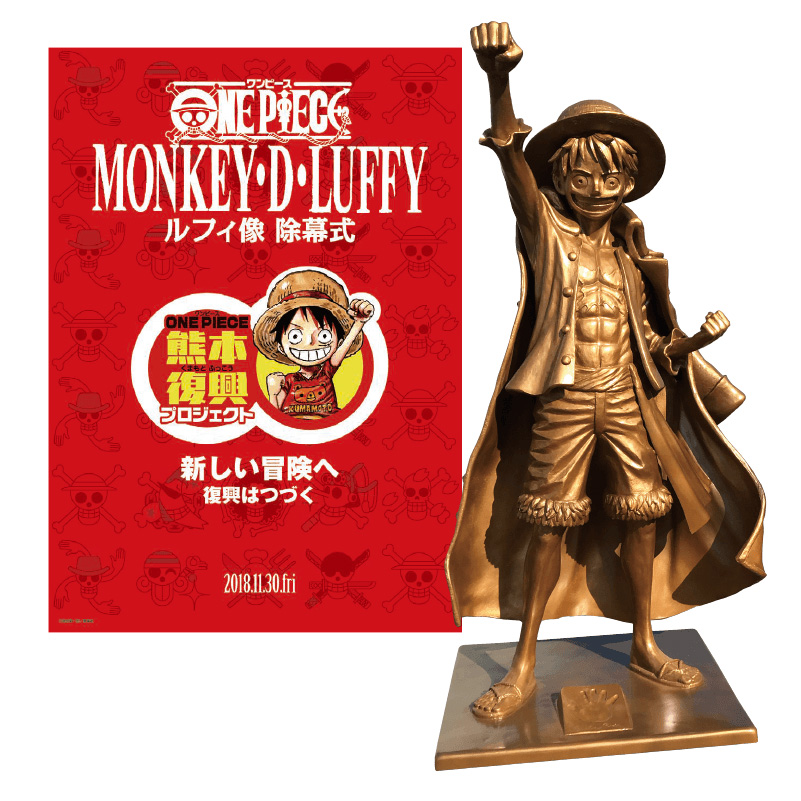 A statue of One Piece hero Monkey D. Luffy was unveiled in front of the Kumamoto prefectural government building on November 30, 2018.

Local mascot Kumamon was on hand for the unveiling of the 174cm figure, donated by One Piece creator Eiichiro Oda to encourage tourism to the region, which is still recovering from the Kumamoto Earthquake in April 2016. Oda, a Kumamoto native, has also donated 800 million yen to the area along with several pieces of public artwork featuring the manga’s diverse cast of characters.

The captain of the Straw Hat Pirates will later be joined other members of the series in various locations in the region, and a special website has been created for the One Piece Kumamoto recovery Project. 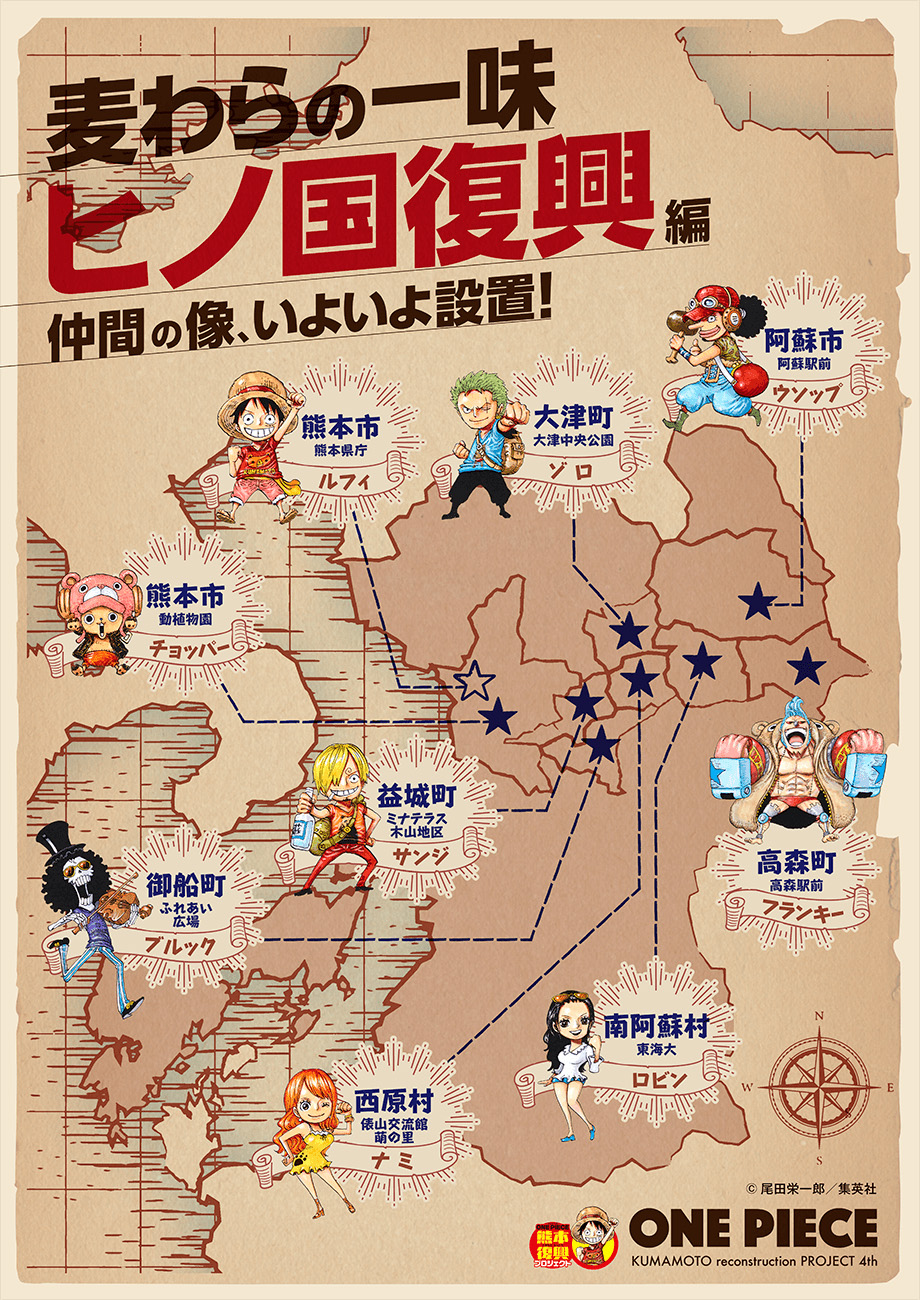 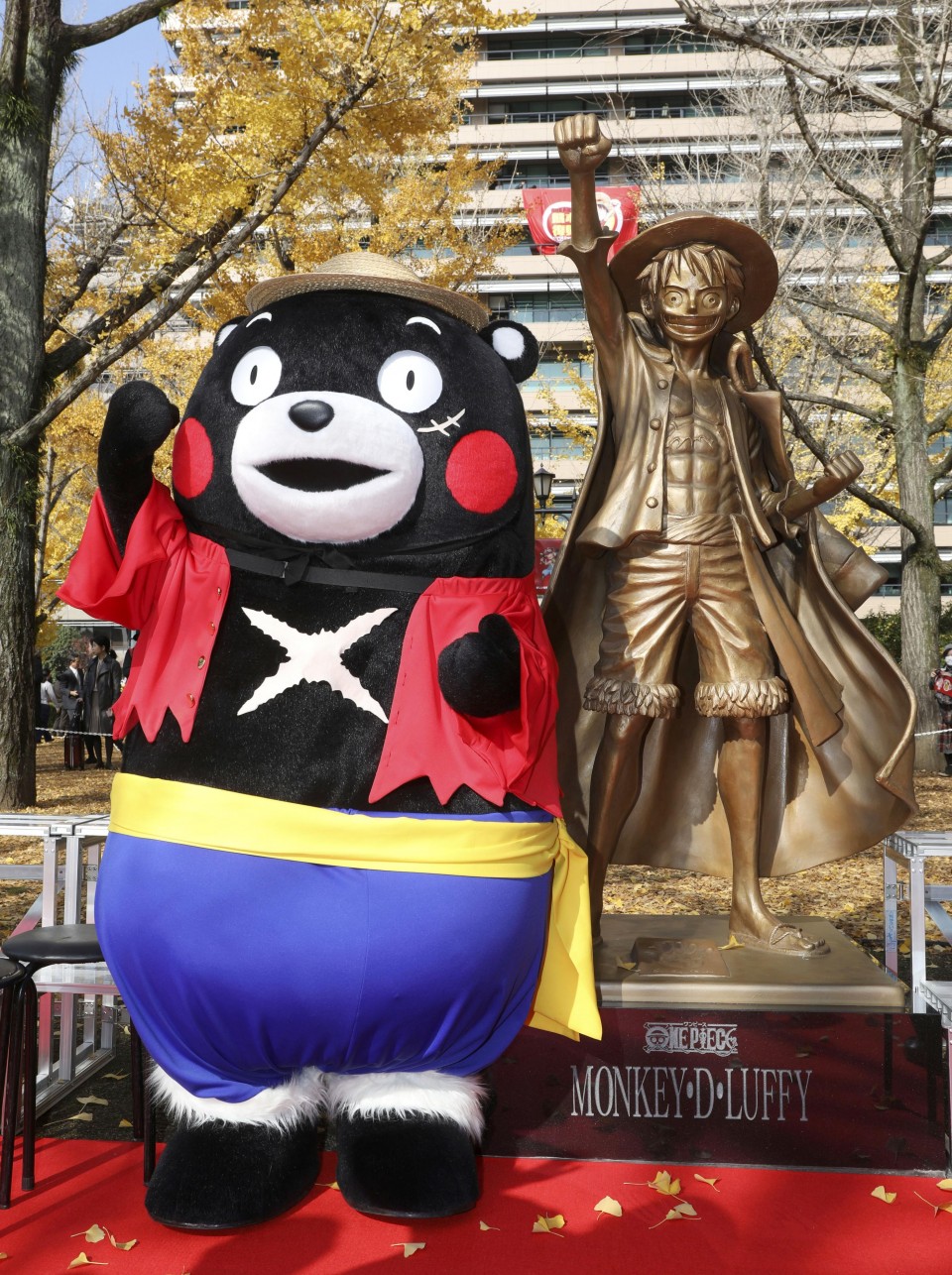 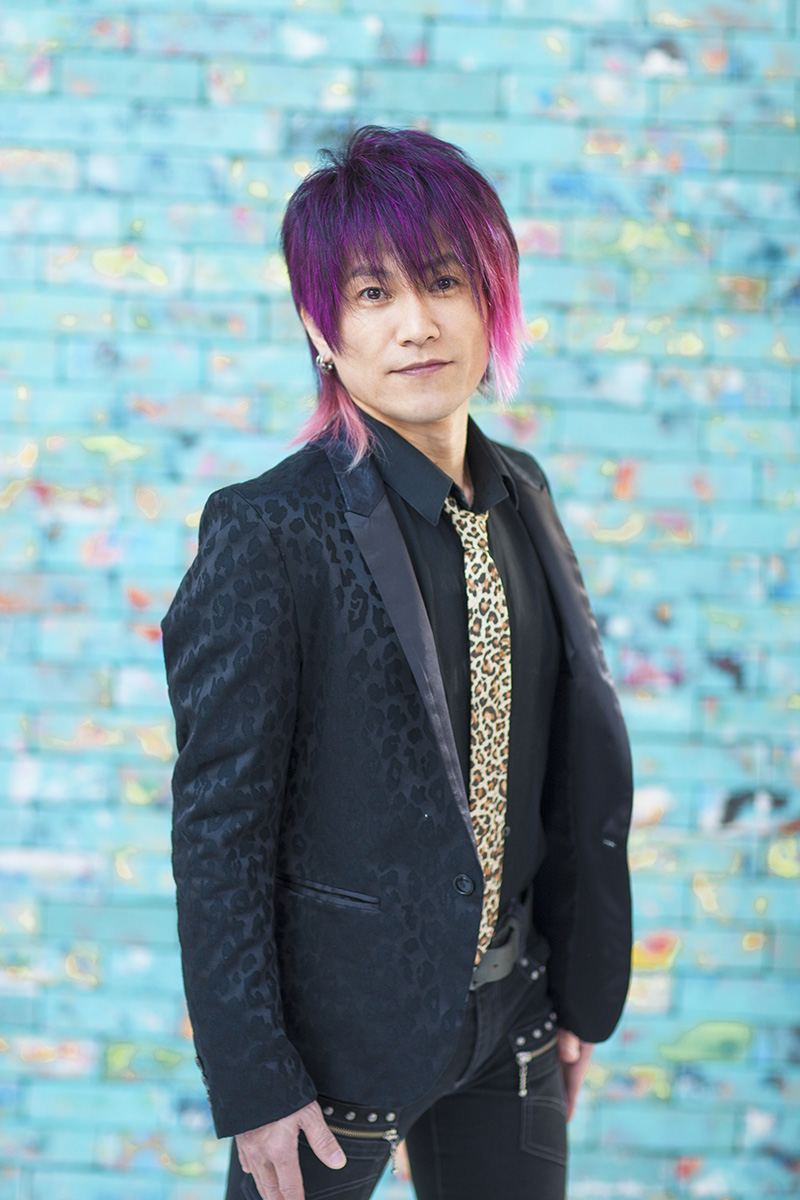