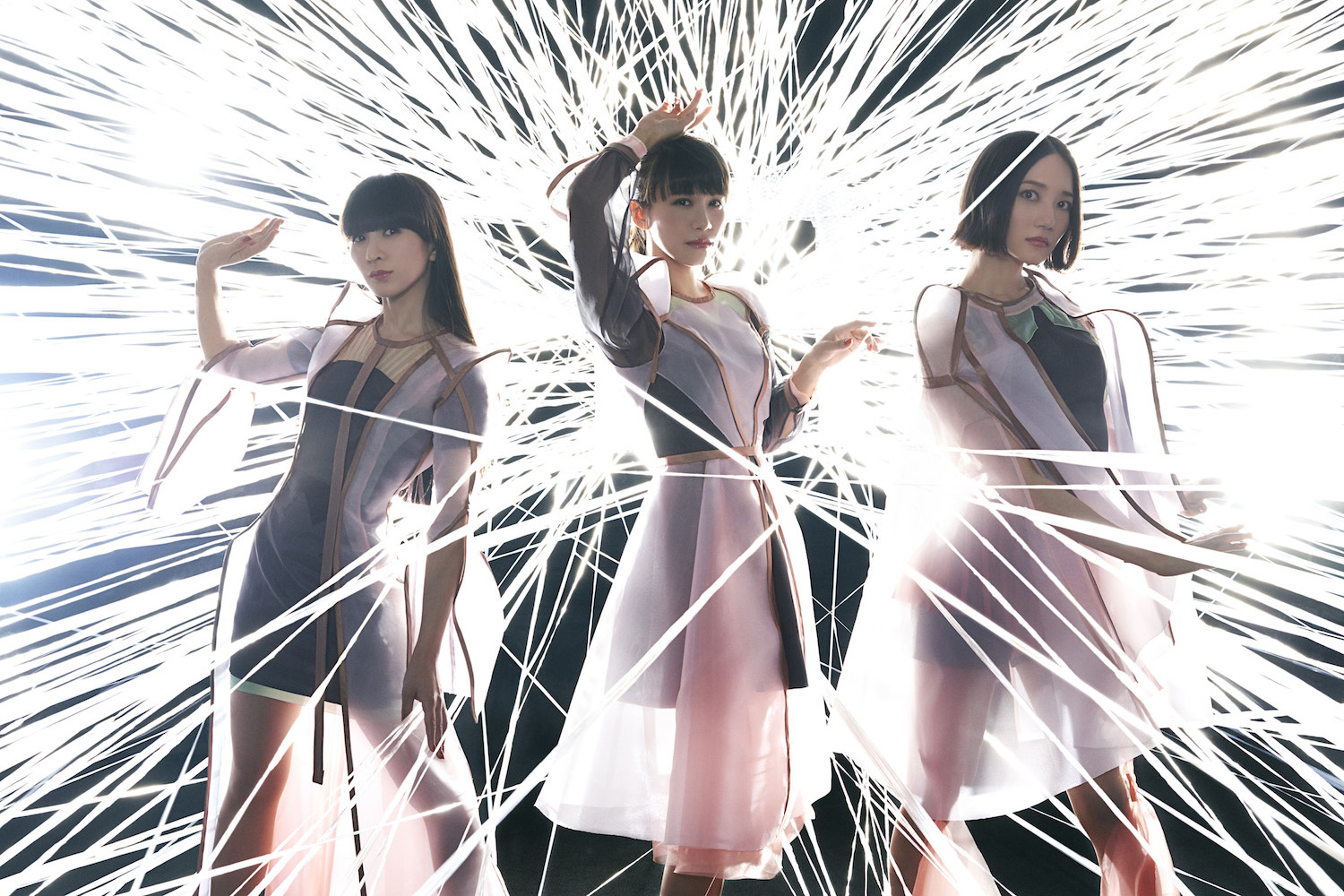 As one of the world’s most popular J-Pop groups, Perfume continues to take new challenges in stride, launching their 4th world tour this year with multiple U.S. stops including their debut appearance at the Coachella Music Festival. NOCCHi, KASHIYUKA, and a-chan talk fashion, technology, and french fries before their first U.S. show in New York on March 30.

It’s impossible to think about Perfume without envisioning your strong fashion image. How does the fashion of the group help the power of your music?

NOCCHi: First of all, because of our fashion, people can tell who each of the members are. When we found our style, our characters were set and it’s been our motto ever since to keep them. Also, every time we release a song or go on tour, we know that people look forward to our fashion as well, which is nice.

KASHIYUKA: I think our fashion adds more to the songs because of the details in the fabric texture, colors, and design. That’s our way of presenting a song or project to the listeners. For example, when we first heard the song “Spending All My Time”, it felt very much like a “club style” song which might give you an image of sexy type outfits with lots of bare skin. But we controlled the image and made it more “Perfume”-like by wearing school uniforms on the music video to show that those school girls were trapped in a magic academy. To represent the ever-lasting future of the song “Mugen mirai”, we used soft, transparent fabric. Fashion adds to and expands the world of the song.

VIDEO: “Spending All My Time”

“Perfume WORLD TOUR 4th FUTURE POP” has already toured Japan, China, and Taiwan, and you’ll begin your USA tour in New York at the end of March. What excited each of you the most about touring overseas?

KASHIYUKA: The readers will think that we’re always eating French fries and pizza! “Don’t they eat anything else?”

a-chan: This time, I’m looking forward to getting my nails done in the U.S.

KASHIYUKA: It’ll be our first time getting our nails done overseas.

NOCCHi: We’ve never traveled with the same tour crew straight through for such a long period, so I’m looking forward to communicating further with them.

KASHIYUKA: Also, when we’re overseas, we get to go shopping together without disguise. That’s really nice.

a-chan: I’m looking forward to that, too!

KASHIYUKA: We chat as much as we want and walk together.

a-chan: Kenta Maeda of the L.A. Dodgers used our songs for the past 2 seasons as his walk-up songs. We hope to go see their game while we’re in L.A. 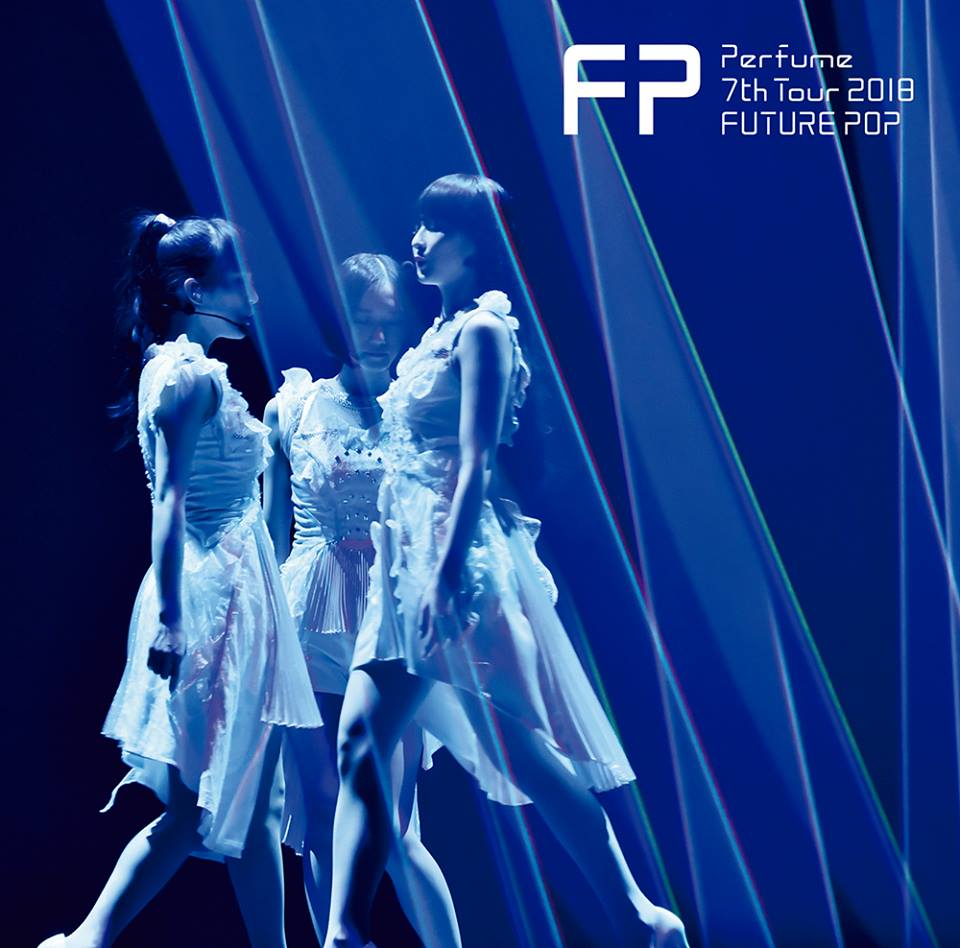 Your recent album and tour share the title “Future Pop” — what’s your prediction about the future of pop music?

KASHIYUKA: I think the trend will always go back to what we had before. Anything old actually sounds cool in an “old-school” kind of way. It’s a loop.

NOCCHi: Old stars and old songs are coming back as revivals.

a-chan: As songs get more catchy, there might only be like the catchy chorus part left and the songs will be super short! We’ll just listen to that catchy part over and over in a loop — sing-along songs that are only like 1 minute or 2 minutes long. That might become the mainstream.

NOCCHi: If someone starts doing that and makes a big hit, everyone else might follow the trend!

You’re planning some exciting lighting and video effects for the tour and complex dancing, too. What was your biggest challenge in rehearsal to make everything work perfectly?

KASHIYUKA: When something is already been programmed and we perform with that, everything we do has to be 100% precise. When we performed at SXSW, we had the rotating screens that we manually moved ourselves along with the rhythm. We counted and moved them at the right time, but they also had to be at the exact position to make the production work. Again, every time we work with technology, our performance has to be 100% accurate. There’s a lot of pressure.

For the people who will see your live performance for the first time on this tour, what do you want them to say about Perfume after they see your show?

a-chan: “I don’t know exactly what was going on but the show was completely mind blowing! — Unbelievable!” I hope people will say that. 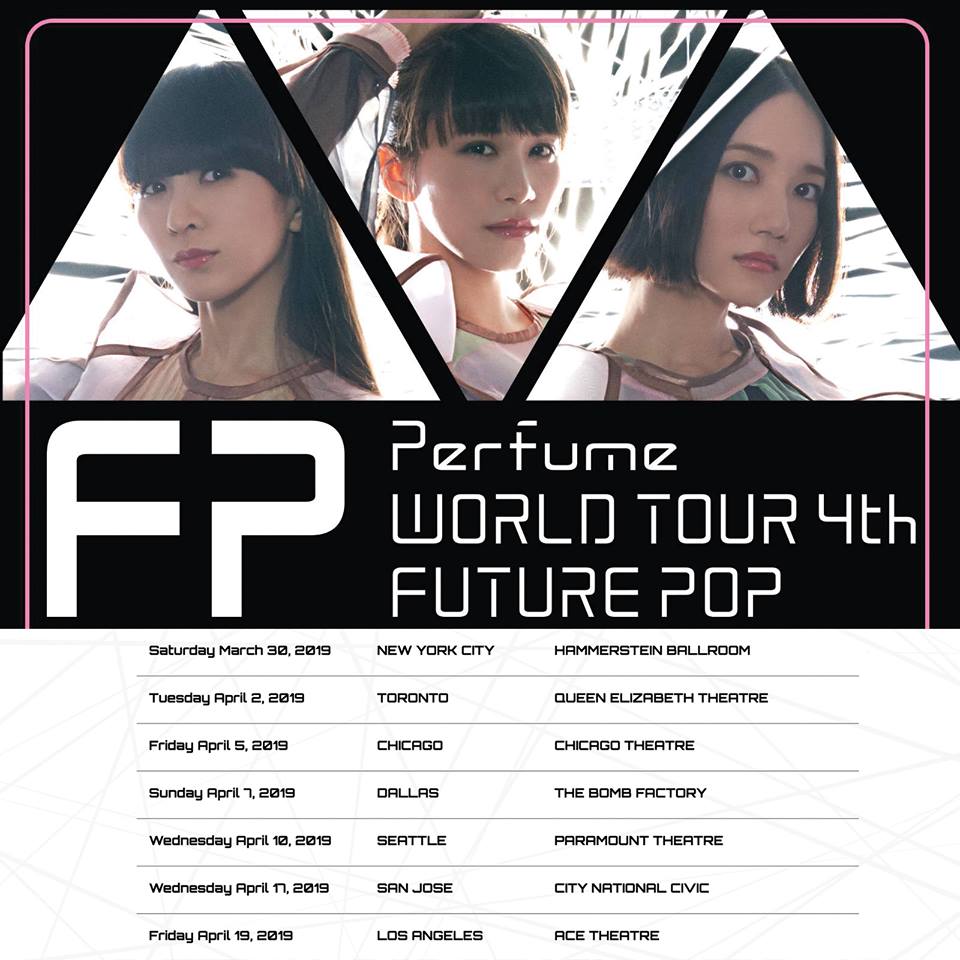