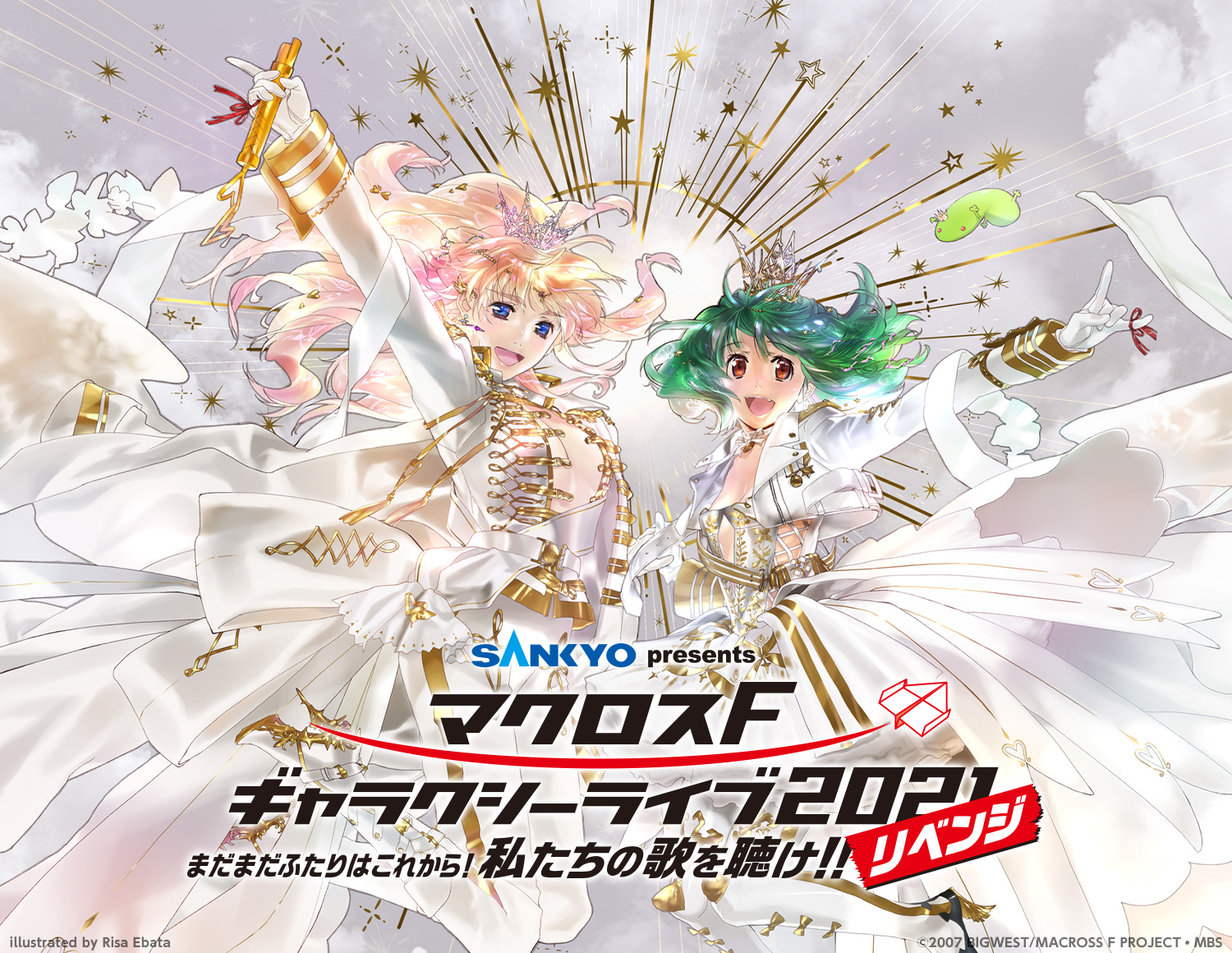 Macross Frontier fans across the world will join together for the livestream concert “MacrossF Galaxy Live 2021 – Revenge”, which will broadcast globally from Makuhari Event Hall in Japan on Wednesday, November 10th, 2021.

The spectacular concert featuring the musical stars of Macross Frontier – May’n as Sheryl Nome and Megumi Nakajima as Ranka Lee – will showcase the powerful and emotional songs that have gained Macross Frontier a massive worldwide fan base. The concert will also be screened in movie theaters across Japan, and overseas viewers can rewatch the concert any time during the 24-hour archive period.

Together, the duo has recorded several memorable songs from the Macross Frontier series which topped the Oricon music charts, such as “Diamond Crevasse”, “Seikan Hikou”, “Northern Cross”, and “Lion”. In 2018, they released the 10th Anniversary single “Good job!” This will be the first time Sheryl and Ranka will perform a livestream concert for a global audience.

About Live Viewing Japan:
Live Viewing Japan is a Japanese-based media distribution company focused on bringing a variety of entertainment properties to a global theatre-going audience. More information on the company and its projects is available at: https://liveviewing.co.jp/en/