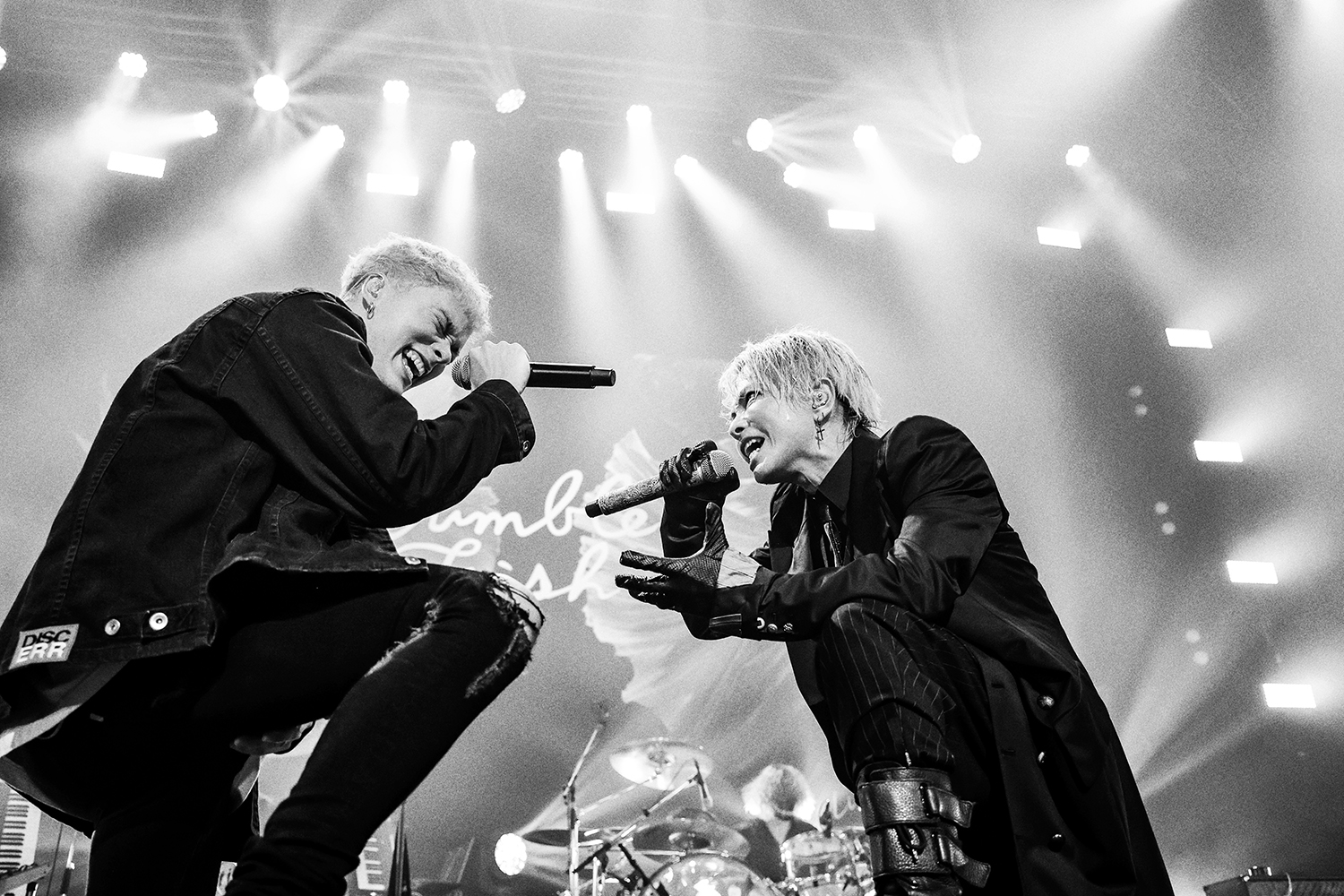 In HYDE’s first tour since the pandemic, he did things a little differently this time. The Rumble Fish tour is actually a “battle” between two bands: HYDE and whoever the guest is that night.

On June 19, 2022 at Tokyo’s Zepp Haneda, that guest was Japanese rock band coldrain. The stage was minimally decorated and mainly dominated by the Rumble Fish flag, featuring a red and blue betta fish circling each other. 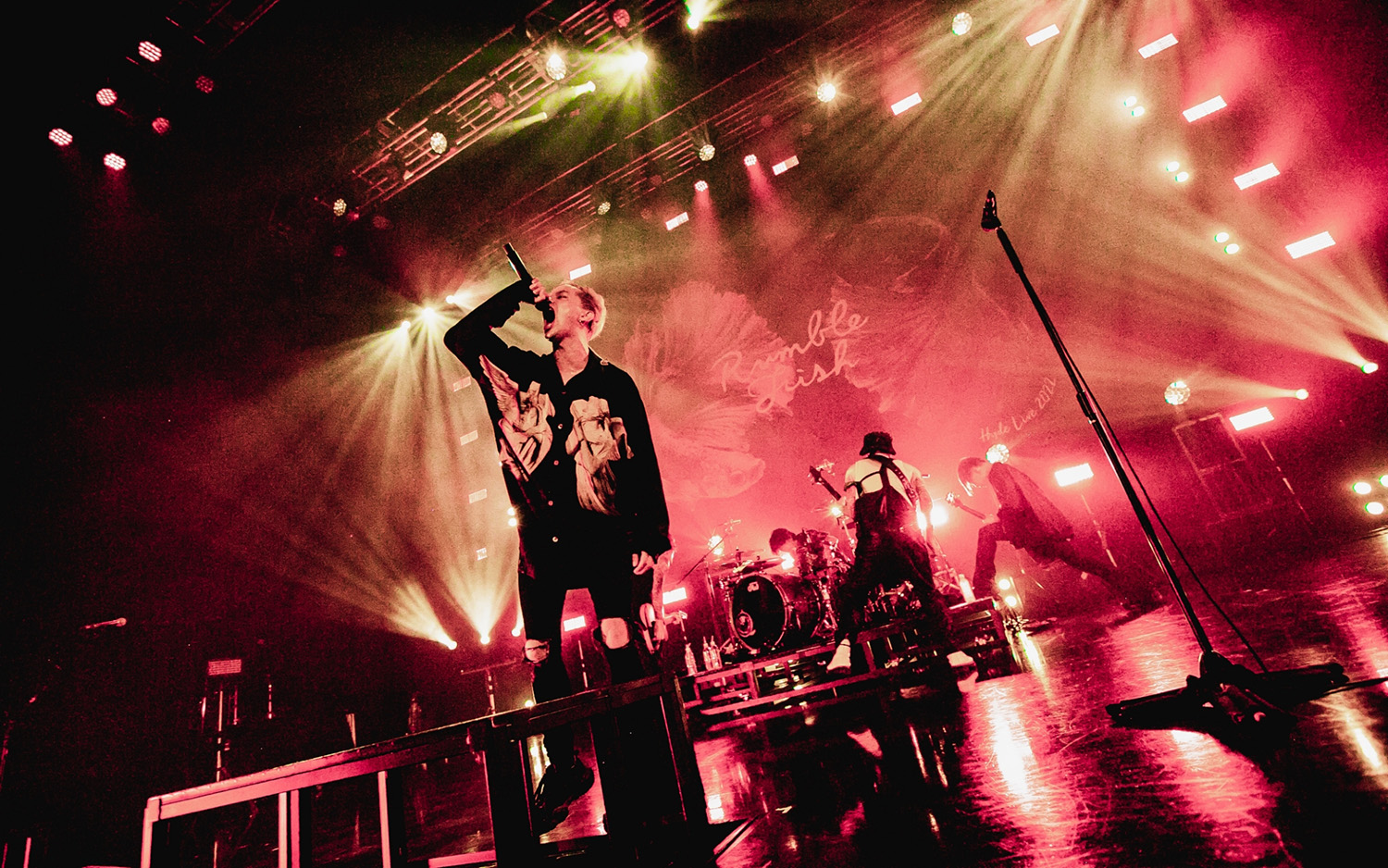 First up in the “battle” was coldrain. They started off with a ton of energy with “ENVY”. The fast-paced, heavy rock song had the band members moving around the stage and the entire audience jumping. The energy continued with “MAYDAY”, as red spotlights and sirens created a vision of an emergency situation. Masato’s high and clear vocals alternated with rock screams, showing off his impressive vocal range.

“We’re coldrain!” Masato introduced the band in his first MC. He explained that since he was performing for HYDE, he dressed a little more fashionably than usual in a silken-looking, long-sleeved shirt. He said that he already regretted wearing it since it was so hot in the venue.

He ended his MC by saying, “Even though I respect and idolize HYDE, I don’t want to lose to him!” And with that, the band launched into “The Revelation” from their 2013 album, the heaviest and fastest song in the set so far. With that, HYDE was going to have a tough battle. They gave the audience no break with the following high-energy songs “F.T.T.T” and “THE SIDE EFFECTS”. 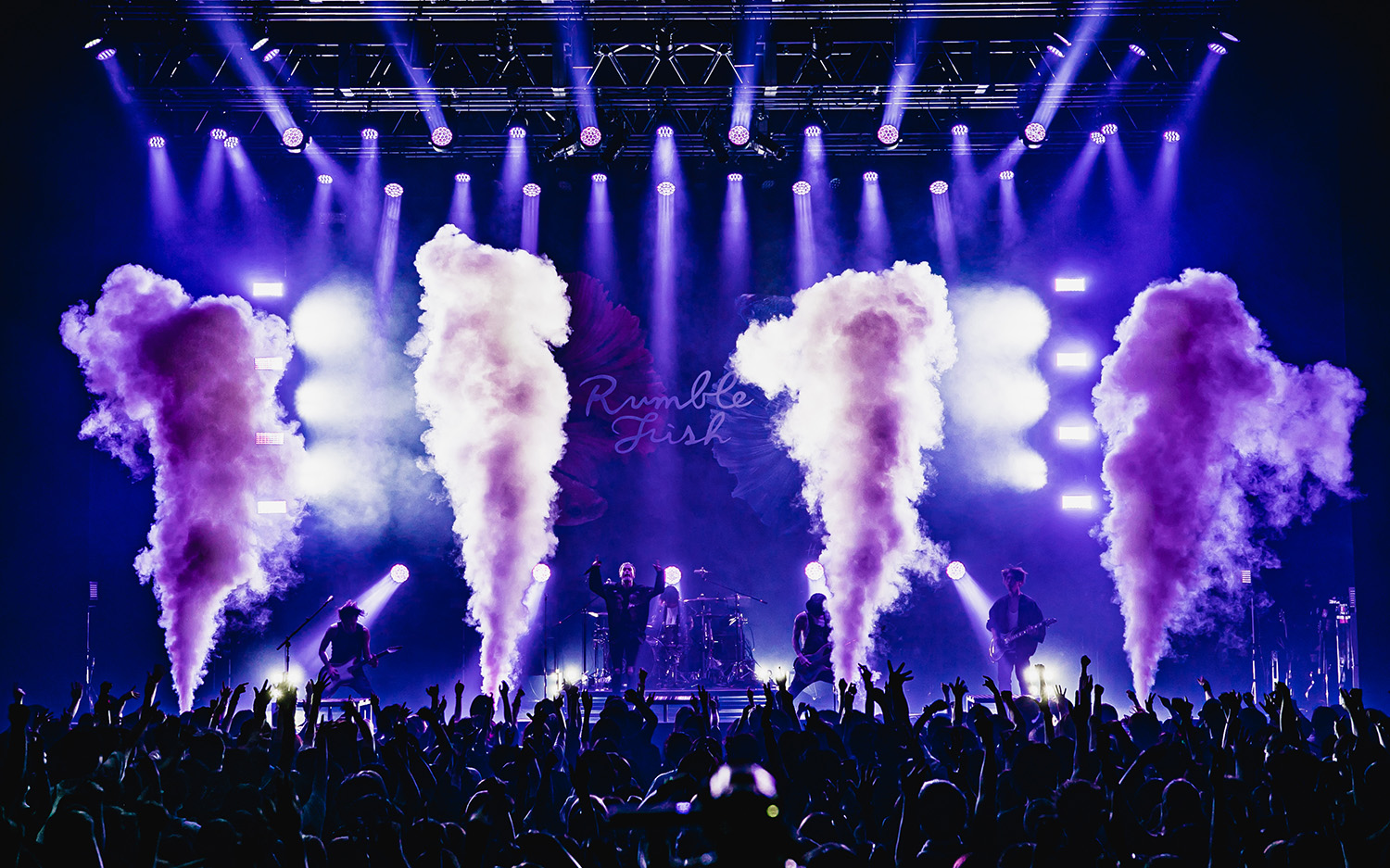 Finally, the audience was given a breather as the band prepared for their next song. The venue became noticeably quieter as Masato began singing a cover of Alanis Morisette’s “Uninvited”, accompanied only by keyboard. Guitars and drums slowly joined in, adding the band’s own rock flavor to the 1998 hit song.

Before ending their set, coldrain took some time to explain what the show meant to the band. 15 years ago, Masato explained, coldrain was formed, and the first songs they played in the cheap studio they rented out were L’Arc~en~Ciel covers. It felt like 15 years of playing and believing was worth it when they were not only given the opportunity to play with HYDE, but they were invited by HYDE himself after meeting him at a festival they played together overseas.

The band then played “CALLING”, a song that will be included on their album set to release on July 6th. It was an especially fitting song considering the song started with the lyrics, “15 years in the making…” coldrain closed out their set with the rocking “REVOLUTION” and “PARADISE (Kill The Silence)”, ending their part of the Rumble Fish battle with a bang. 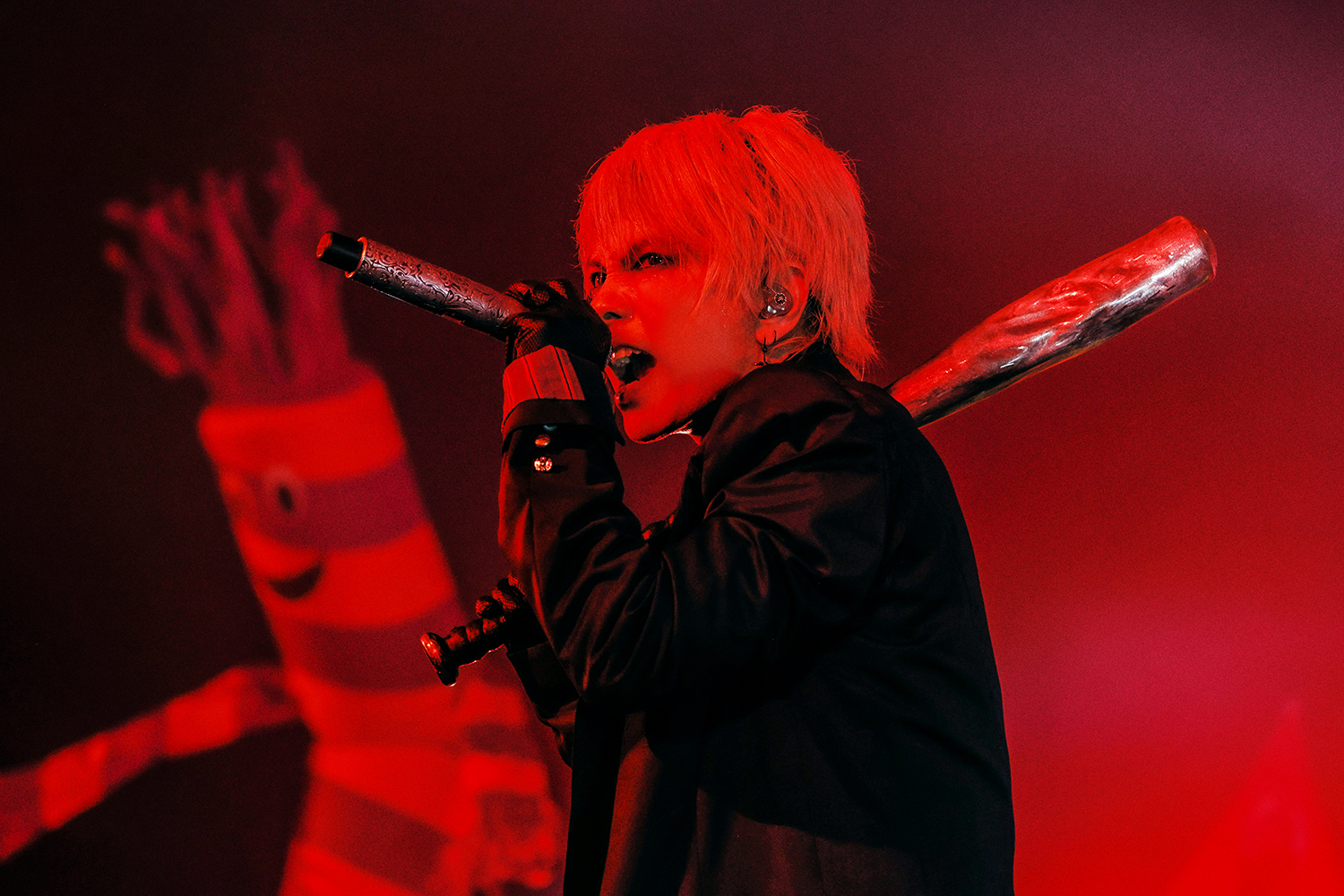 After a brief break in the set, it was time for HYDE to step up to the plate. Matching coldrain’s heavy rock energy, he started the set with the 2020 single “LET IT OUT”, urging the audience to jump and raise their fists in the air. Joining HYDE on stage were his masked support members on keyboard/DJ turntables, drums, bass, and guitar. The keyboard setup in particular stood out, with several keyboards set up at a downward angle for easier playing.

“Are you fucking ready?” HYDE shouted his signature phrase before launching into “AFTER LIGHT”. Concerts in Japan are still under strict regulations (such as no moshing, masks are required, and no shouting is allowed), so the audience may not have been able to sing along with HYDE’s music like they wanted to. However, HYDE made opportunities now and then by asking them to hum along quietly at some select parts.

In HYDE’s first MC of the night, he talked about how out of breath he was from trying to compete with coldrain’s energy. “Thanks for tiring me out,” he joked. He then welcomed the audience to Rumble Fish and explained the flag’s symbolism; while one betta fish is tame enough on its own, it begins to fight when another betta fish is in its territory. Thus, touring with a different band every show was like bringing in another betta fish for every performance.

He then played “SET IN STONE” and an unreleased track, “THE ABYSS”. The song started with soft vocals and a somber mood, accompanied only by synthesizer and soft percussion. Guitars entered during the bridge as the music swelled. It was a track that held a serious message. 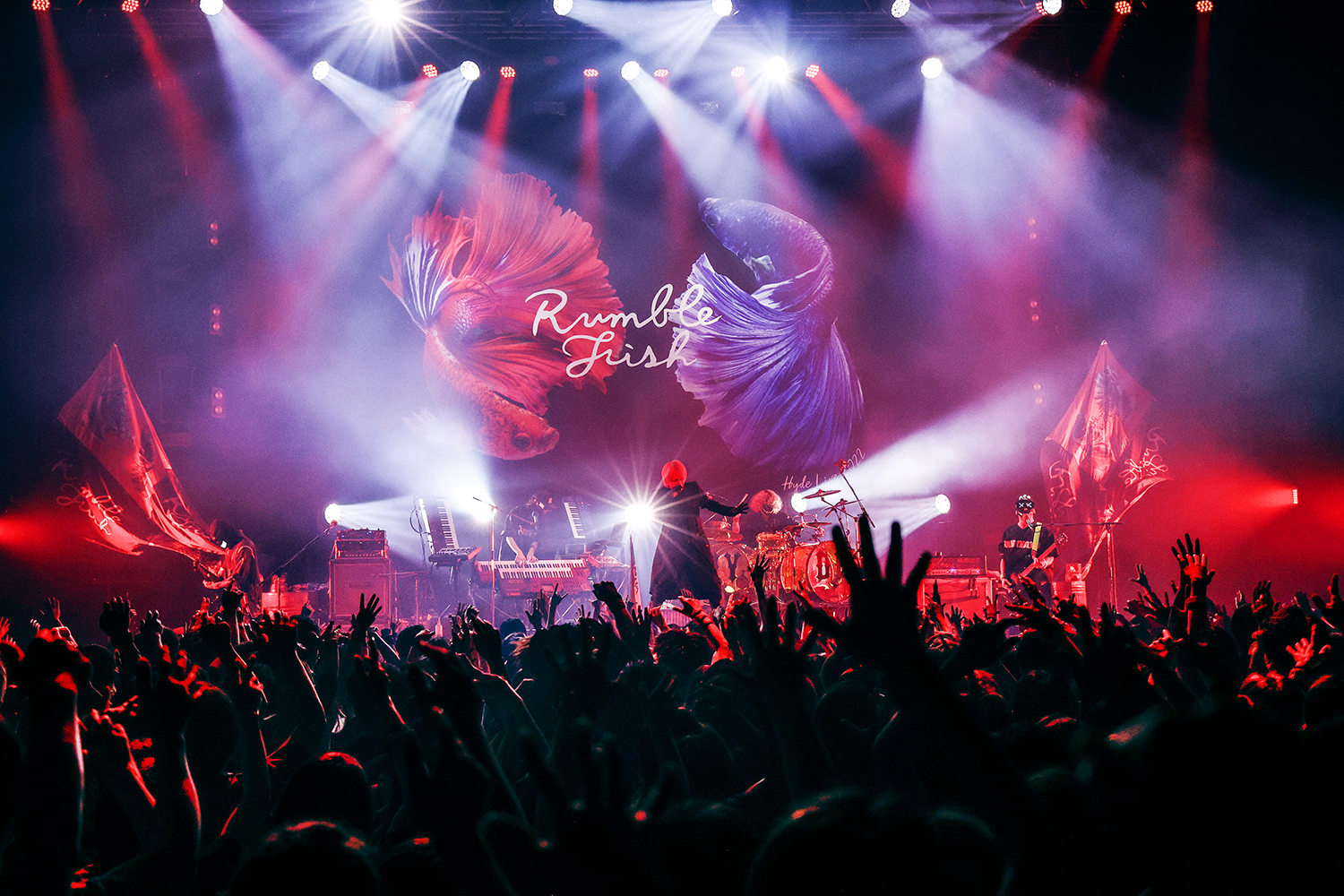 In his next MC, HYDE talked about why he decided to invite coldrain to the tour. He explained that when Japanese artists tour overseas, it almost always results in a loss in terms of expenses. And since Japan has the second-highest CD and music sales in the world, it’s not really necessary for Japanese bands to go overseas. But even though coldrain isn’t the most profitable band in Japan, they made an honest effort to play overseas regularly because they’re aiming for fame worldwide, not just in Japan. HYDE really respected that about them, and so he decided to invite them to the tour.

And with angry energy, the band launched into “MAD QUALIA”, bringing the show’s energy up significantly. He urged the audience to push the limits of freedom, asking them to get close to the stage, encouraging them to move around more when there was space, and HYDE himself even climbed on the speakers flanking the stage. The high energy continued with “SICK”, then cooled down a bit with the uplifting “ANOTHER MOMENT”, which featured four giant waving inflatables that stayed on stage for the next few songs.

HYDE’s cover song was Slipknot’s “DUALITY”, for which he brought a giant metal barrel on stage to strike a bat with, in tribute to the Slipknot vocalist. The next song, “6 or 9”, turned out to be a brand new heavy rock song with fun energy.

HYDE’s next move in Rumble Fish was to bring the two betta fish together – HYDE and Masato – for a duet of L’Arc~en~Ciel’s “HONEY”. Masato’s high and clear vocals overtook HYDE’s at times in the chorus, and after a microphone mishap, HYDE and Masato ended up sharing the same microphone, much to fans’ enjoyment. “BELIEVING IN MYSELF” closed out the Rumble Fish Zepp Haneda set, with HYDE telling fans “Thank you so much! See you next week [at the tour’s next show]!”