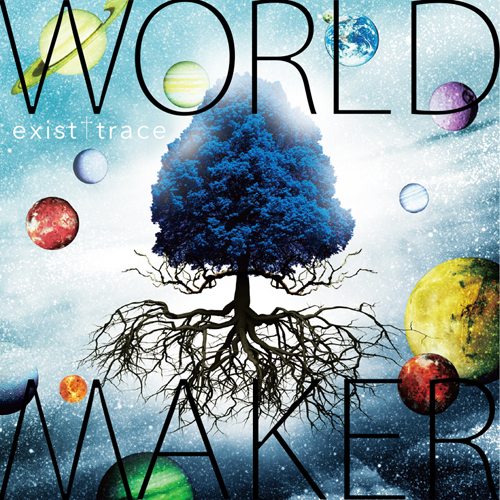 Title track “WORLD MAKER” launches exist†trace’s latest album with a confident call to action. With songwriting help from Shinobu Narita (past contributions include work with Plastic Tree and LM.C), miko’s lyrics carry the familiar theme of fantastical imagery combined with the positive message of soaring over rainbows and defining your own reality. Maybe it’s a thinly-veiled response to critics of exist†trace’s recent change in style, but it’s well-crafted pop-rock all the same.

Fans of the band have already caught 5 of the 12 tracks collected in this release, with “DIAMOND” and “Spiral Daisakusen” coming into rotation early. Upbeat tracks “Antique Doll”, “Kuchibiru”, and “Just One” make repeat appearances as well. Listeners looking for the harder side of exist†trace will get a replay-ready gift in the hard-driving track “RAZE” (my favorite on the new album) with excellent guitar work from Omi and miko, Jyou’s delicious lower-register growls, and a nuclear-powered bass and drum groove from Mally and Naoto.

The “New World” approach is still in full effect, and the shared vocal duties of miko and Jyou have found a much-improved balance in WORLD MAKER‘s new songs. The 50-50 “your turn, my turn” structure of “Diamond” has developed into something more organic, and the dual-vocal style now flows more naturally. The enchanting harmonies on “Feel” balance out Jyou’s lead work on vocals, and “Shooting Star” transitions easily between Jyou and miko at just the right moments. This flexible approach makes room for a fiery guitar solo from miko on “VOICE” and delicate restraint from both vocalists on the ballad “Nagai Yume no Owari ni”.

WORLD MAKER completes the first chapter of exist†trace’s journey into their New World. The band is still in transition, but this album reveals a band in control and focused, and I doubt WORLD MAKER is the final product of the complex equation they’re putting together. Solid musicianship, creativity, and unquestionable live performance power still make them as formidable as ever. 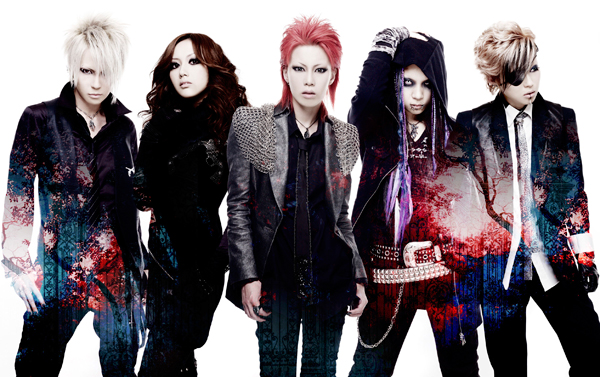