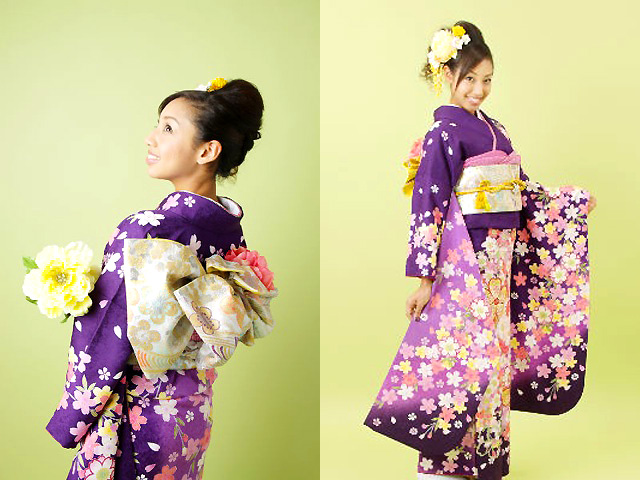 For over two years, PROMIC TV’s YouTube channel has brought the world news and interviews from the richly fantastic world of Japanese music. On the eve of this year’s Tokyo International Music Market (TIMM), I got a chance to know the channel’s energetic host Joann a little better.

We’ve been watching you on J-Pop News since September 2013. How did you get connected with the show?

Joann: I feel honored that you have been following the show since the beginning. As I mentioned in the first episode of J-Pop News, I was introduced to this show when I was a VJ on MTV. Apparently one of the producers of this show was looking for a fresh face and heard about me. I was super excited when I got this job because, on MTV my shows focused on international music, therefore I knew this show was going to expand my musical knowledge and playlist of ‘hot’ Japanese music.

In your premiere episode, you mentioned that you were a student. Are you still working on your studies?

Joann: I majored in psychology and graduated from International Christian University this year. Currently I’m studying to get a teaching license because my passion besides listening to music is spending time with children!

It’s obvious you’ve got a lot of enthusiasm for music. At what age did you get into Japanese music? What artists initially caught your attention?

Joann: To be honest, I grew up watching MTV, which meant I listened to international music. My mother was a huge fan of Madonna, Boyz Ⅱ Men and Michael Jackson. I got into Japanese music when ‘Karaoke’ first got huge…so perhaps when I was 8~10 years old. I went to karaoke almost every week with my friends or with my mother and she would always sing 80’s Japanese songs. For example, Matsuda Seiko, Nakamori Akina and Ann Lewis. That is when I really got hooked to Japanese music. I loved songs by Nakamori Akina and Ann Lewis because they both sang about love. I was the ‘know-it-all’ type and ‘thought’ I knew everything about romance so I loved listening to my mother sing, grown up romantic songs. Ever since, I love 80’s Japanese love pop songs like Dancing Hero by Oginome Yoko. It’s super catchy and has really cute lyrics!

What in-person interview on J-Pop News has been the most fun for you? Please tell us about it.

Joann: It is hard to choose just one interview but I would have to say the interview with Kamijo sticks out to me the most because he was different from all the other artists I have interviewed. I have always been interested and fascinated by Visual-kei artists for their androgynous beauty, along with their wild dark side. The interview with Kamijo was excited for me because, first of all, he was beautiful head to toe. He was very calm but I felt his intensity through his words which is something I have never experienced. Also because he has such a cool and mysterious personality, it was fun not having any clue as to how he would answer my questions.

What excites you about doing the J-Pop News episodes and being a music guide to foreign fans?

Joann: It’s exciting to know that I am a musical source for people around the world and that people can expand their knowledge and get fresh new information through me! It is also exciting because I learn something new in every episode as well! I get to see footages of events that you wouldn’t be able to see anywhere else and visually experience events that take place all around the world. It has been amazing to have a front row seat and witness loving and passionate fans support and spread J-Culture.

Why do you think Japanese music is so popular worldwide?

I think Japanese music is popular around the world because Tokyo, Japan is the origin of dispatch on information of culture, fashion and music. Tokyo is always in the stoplight for its rapid change in trend and invention of cools things! Tokyo is super sensitive to trends therefore, the viewers all around the world can catch up on the trend (fashion and culture) just by checking out their favorite artists music and MV.

Also another reason for the popularity of J-pop could be due to the distinctive idol sub-culture this country has. I believe that the ‘idol boom’ was ignited by Japan! Japanese idol groups often places importance on ‘sense of affinity’, which creates opportunities for the fans to physically meet the girls. This creates a sense of belonging among the fans, which subsequently expands the fan base globally.

In general, Japanese music is divided into many genres and sub groups which makes it related for everyone. Everyone finds a group that they are totally fascinated by which creates a strong bond between the listener and music. Music lovers all around the world are fascinated by J-pop because Tokyo is cutting-edge in many areas. What better way is there to appreciate and understand culture other than listening to that country’s hottest hits?

Is the language difference a big issue for fans who can’t speak Japanese?

Joann: I don’t think the language difference is a big issue at all because music is about feeling and how your body reacts to the sounds you’re listening to. For example, even though I don’t know a word of Hindu, I love listening to Bollywood music because it makes me jump out of my chair and want to dance! Plus, I think music is a great teacher for the listener to learn the language! Once I was obsessed with Spanish music because it is super rhythmical but obviously, I couldn’t understand what the songs were singing about. So the next day, I went to school and signed up for a Spanish class and continued studying for a year and a half. I still remember that amazing feeling when I finally understood the context of the song that I loved dancing to! Learning the language definitely helped me understand and appreciate the song more and I would have never thought about studying Spanish if it weren’t for that song. Therefore, from my personal experience, music is a great introduction to a certain language and culture yet, one can totally appreciate music without knowing the language.

How did you learn to speak Japanese? Where did you grow up?

Joann: I was born in Hawaii but moved back to Japan when I was still a baby. I lived with my mother and her family, whom are Japanese so I naturally learnt to speak the language. I studied at an International School and University so technically I learnt Japanese through a few Japanese courses I took in school, but trust me, my Kanji skills are on point!

What are some of the fun things you like to do in Tokyo? What places would you recommend to first-time visitors?

Joann: If you are in Tokyo, you.d be crazy not to visit the SkyTree! The elevator ride up the tower gives you a feeling like you’re on an attraction at an amusement park! The view is breathtaking and there are ‘photo spots’ where you can take photos you of and your friends that you can take home as a souvenir. Also there is a huge shopping mall under the SkyTree where you can buy traditional Japanese goods or souvenirs for all the loved ones back at home. If you visit the SkyTree, you can enjoy the modern and traditional side of Tokyo, since it is located in somewhat of a traditional residential district of Tokyo.

Animal cafes are popular in Tokyo but, I hear Owl cafes are super ‘hot’ right now! This is one place I would LOVE to visit. I am curious about owl cafes because it’s different from most animal cafes that are based on domestic pets, like cats and dogs. Most Owl cafes have a forest inspired atmosphere, where you can pet, mingle and take photos with cute owls.

If you are a Shopaholic like me, I recommend you go to the Harajuku/Shibuya area. They have all the hot stores you can imagine from clothes, food to culture. I like starting my journey from Shibuya and walking through Yoyogi park to reach Harajuku. I love that there is a big area of nature in the center of tall buildings and the crazy city. It gives me a brief moment of relaxation before another around of shopping madness!

Who’s the hottest music artist on your own personal playlist right now?

Joann: I think EXILE, especially Generations from Exile Tribe and 三代目J-Soul brothers are hot!! I love dance music and their take on EDM is awesome! Exile is known for their energetic performance and every time I watch them performance, they literally take my breath away. Not only their dancing skills but vocals are on point as well. And most importantly, they are all very handsome with bodies looking like they’re ‘photo shopped’ ♥

International music wise I am super into, Danish singer MØ at the moment. “Lean on” is and was my jam of 2015. There is something quirky and different about MØ’s movement and that way she expresses music through her entire body. She is definitely someone to check out if you are into music that gives you a dance-able yet chill feeling.