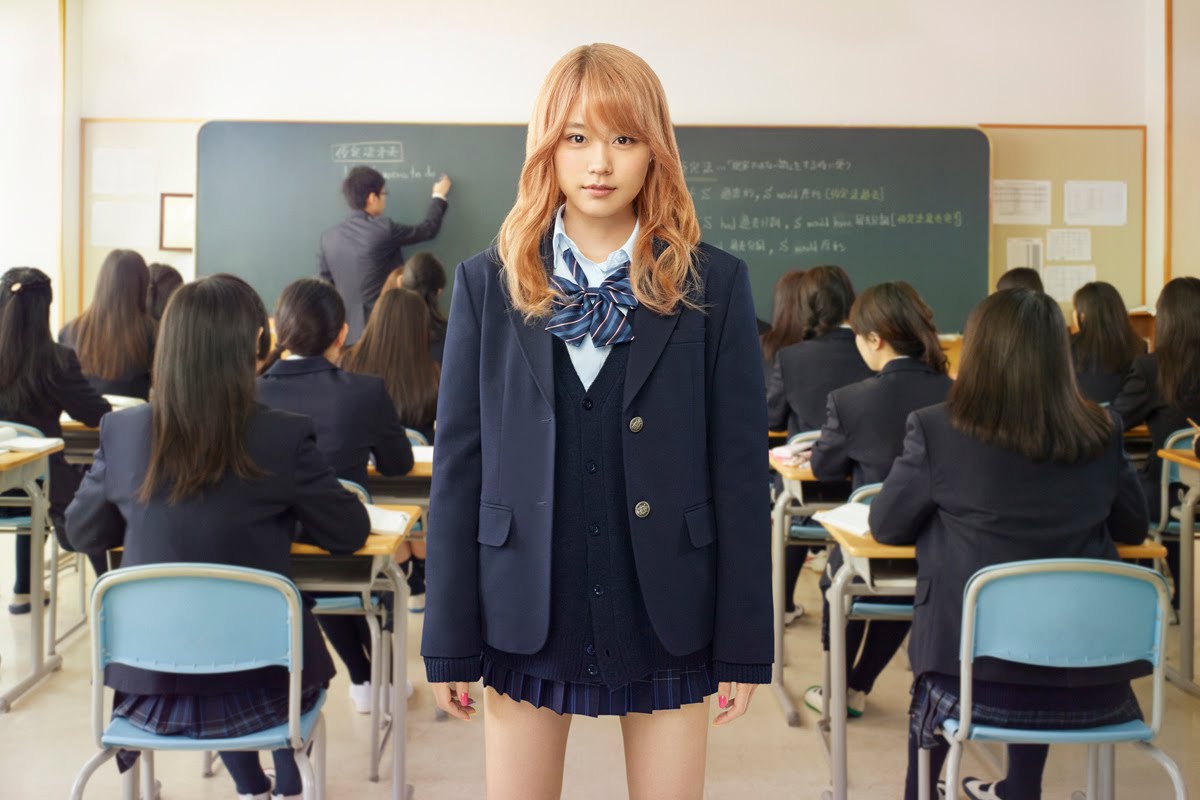 The magic of Flying Colors is also its weakness. You know what you’re getting from the very first moments — it’s the kind of feel-good, predictable fast-food film that modern Japanese cinema and film excel at. It’s the strength of the actors and the simplicity of execution that make it worthwhile nonetheless.

A top-notch cast, led by Kasumi Arimura as under-achieving student Sayaka Kudo and Atsushi Ito as her dedicated cram-school tutor, manage earnest performances that surpass the candy-coated script, and I found myself rooting for Sayaka as she pushes herself relentlessly toward her dream of attending the prestigious Keio University.

Sayaka’s childhood dream was to make friends, and by all accounts she’s been successful. Staying out all night with her BFFs is a regular routine, even if it comes at the expense of her studies. She’s ranked among the lowest in her high school class and has no hope of passing college entrance exams.

When Sayaka meets Yoshitaka Tsubota (Ito), the head of Seito cram school, he praises her imagination (“genius level”) and urges her to believe in herself. “Keio boys sound hot,” so she picks top-ranked Keio University as her target. 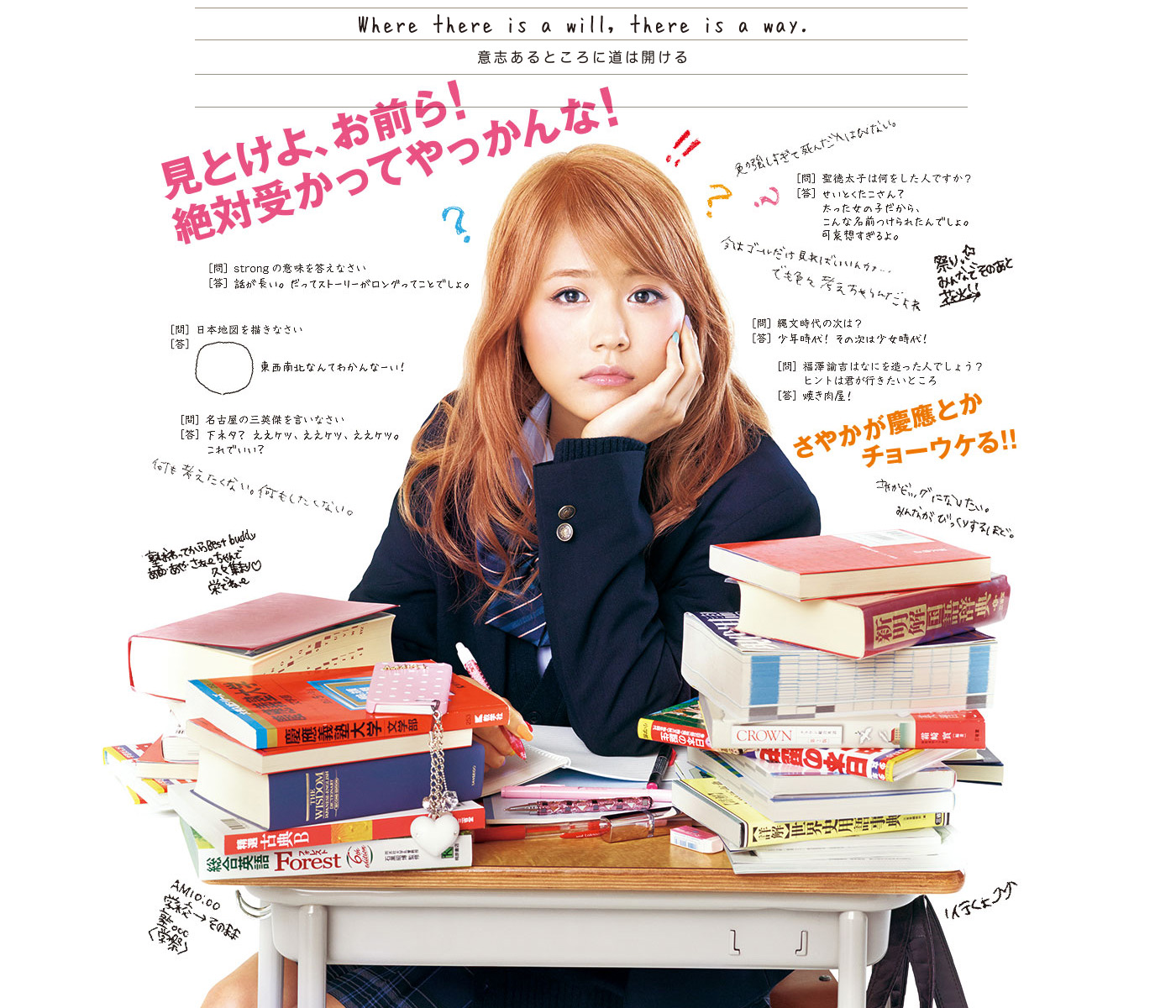 Sayaka’s meticulous transformation due to her commitment and her teacher’s innovative methods is nothing short of amazing. (You’ll wish you could study manga for all your school tests.) The key component to her success is Tsubota-sensei’s dedication. Sayaka is his chance at redemption for the many times he experienced suppression by adults in his own childhood. “Where there is a will there’s a way.”

Flying Colors is also a story about parental relationships and expectations, and Yoh Yoshida and Tetsushi Tanaka’s supporting performances as Sayaka’s mom and dad give a real human heart to the story. A family quarrel stemming from her father’s obsession with Sayaka’s brother’s baseball career yields the film’s most sincere moments.

Full of carefully placed and well-constructed “ganbare” moments, Flying Colors leaves the ultimate question of “Why?” unanswered. Why should this girl want to abandon her friends and dive headfirst into cram school? Because her mother and instructor want her to go to college? Sayaka’s lack of organic passion for this decision kept me at a distance the entire film, even though Arimura’s performance is varied, engaging, and heartfelt throughout.

Based on the real-life Tsubota’s book, Nobuhiro Doi’s (Hanamizuki) soft-touch direction is just right for the film, and he wisely avoids any heavy-handed moments or scoring, trusting his actors to bring it home. The climactic placement test gets some extra tension courtesy of a can of Japan’s trademark canned coffee, and there’s lots more honest comedy sprinkled around. 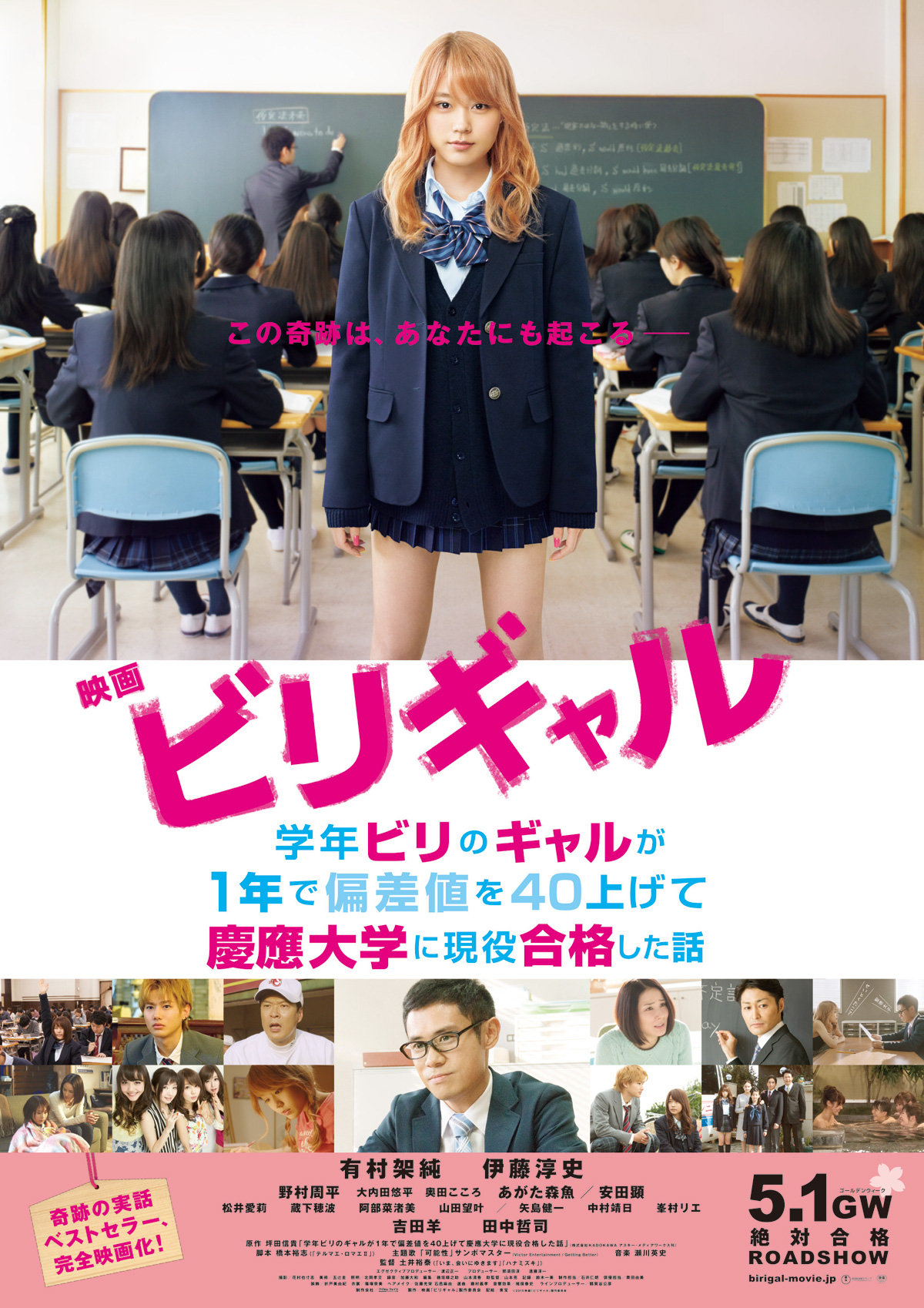 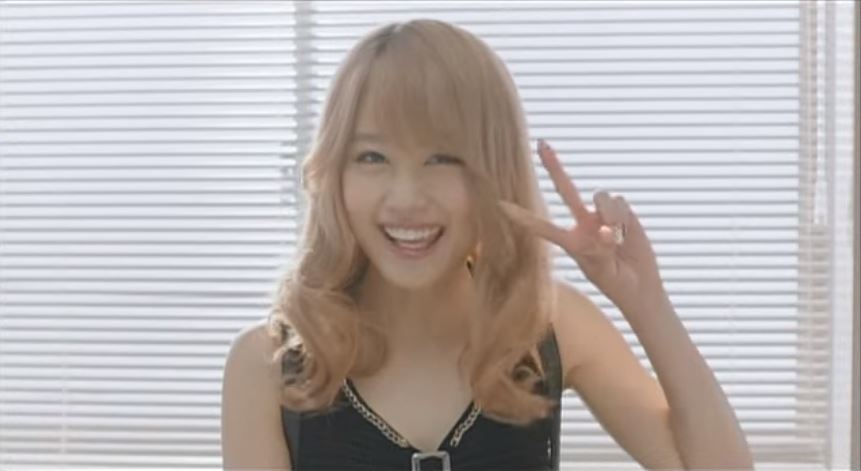