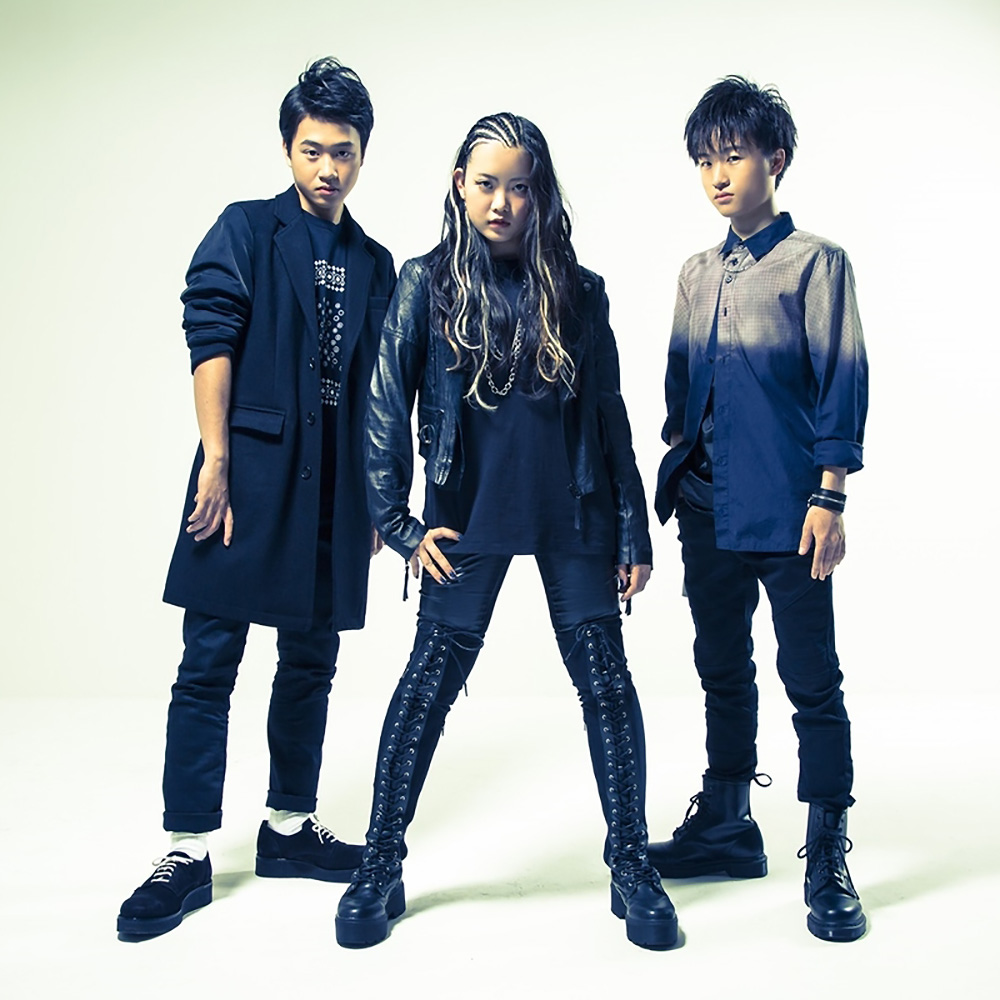 ASTERISM is an instrumental heavy metal band formed in 2014 when the trio met at The 8th Music Revolution event in 2014, where they found that they shared the same taste in music as well as a high level of musicianship at a young age.

The band’s name “asterism” is derived from the astronomical term for “a group of stars that form a pattern in the night sky”. In the band’s case, the stars are three white-hot musicians: 16-year-old HAL-CA on guitar, 17-year-old Miyu on bass, and his 19-year-old brother Mio on drums. After releasing their first full-length album IGNITION in August 2018, ASTERISM is preparing to launch their first USA tour at SXSW on March 15, 2019, followed by additional stops in Texas and California March 16-24. 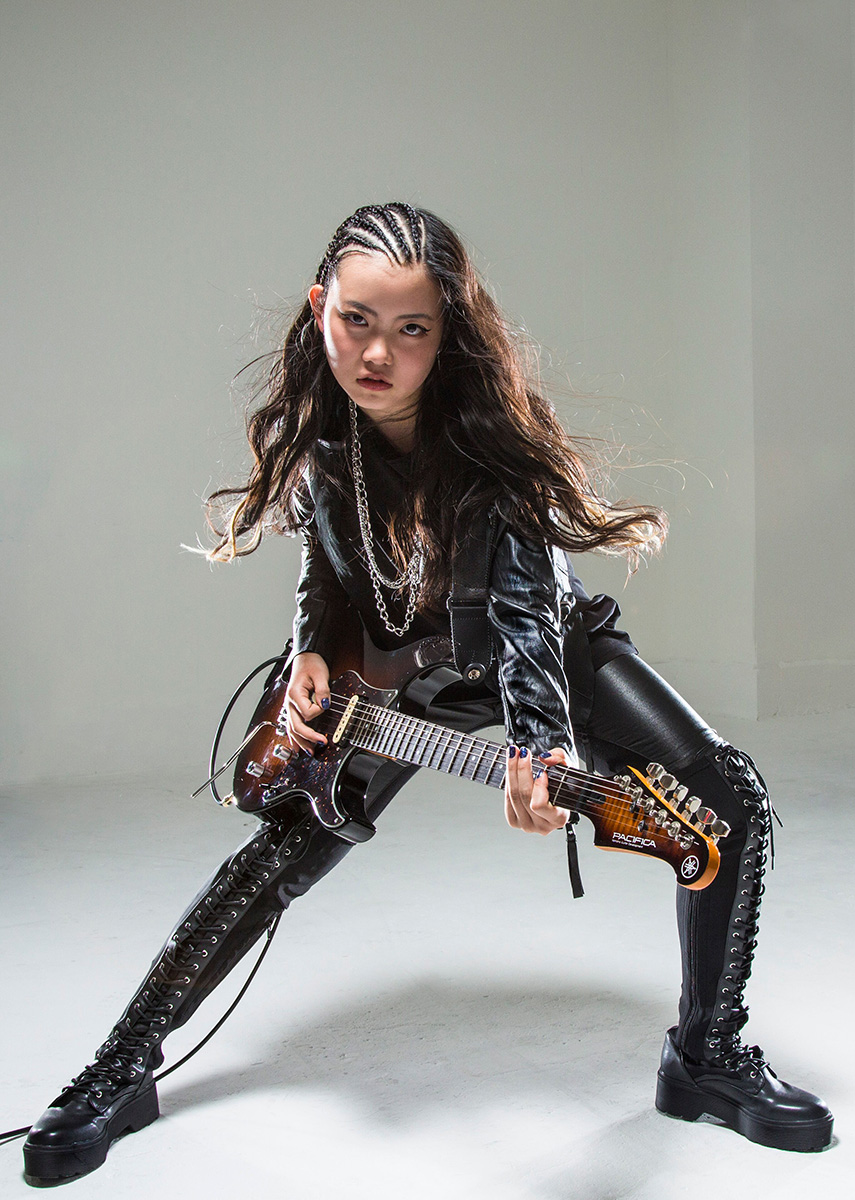 As an instrumental-only band, what advantage do you have over a traditional rock group where the vocalist is out front connecting to the audience?

HAL-CA (guitar): Most of all, our style lets us break through the language barrier. It’s borderless. And without lyrics, we can stimulate listeners’ imaginations in different, more powerful way. We can go straight to your emotions and create a whole new world in your mind. That’s what our music can do through our instruments.

MIO (drums): By going this way, our passion connects to our fans’ imagination through our music. It gives us unlimited possibilities to connect with people all over the world. It’s really cool to see people from all backgrounds and different countries rocking with us, with nothing holding them back. 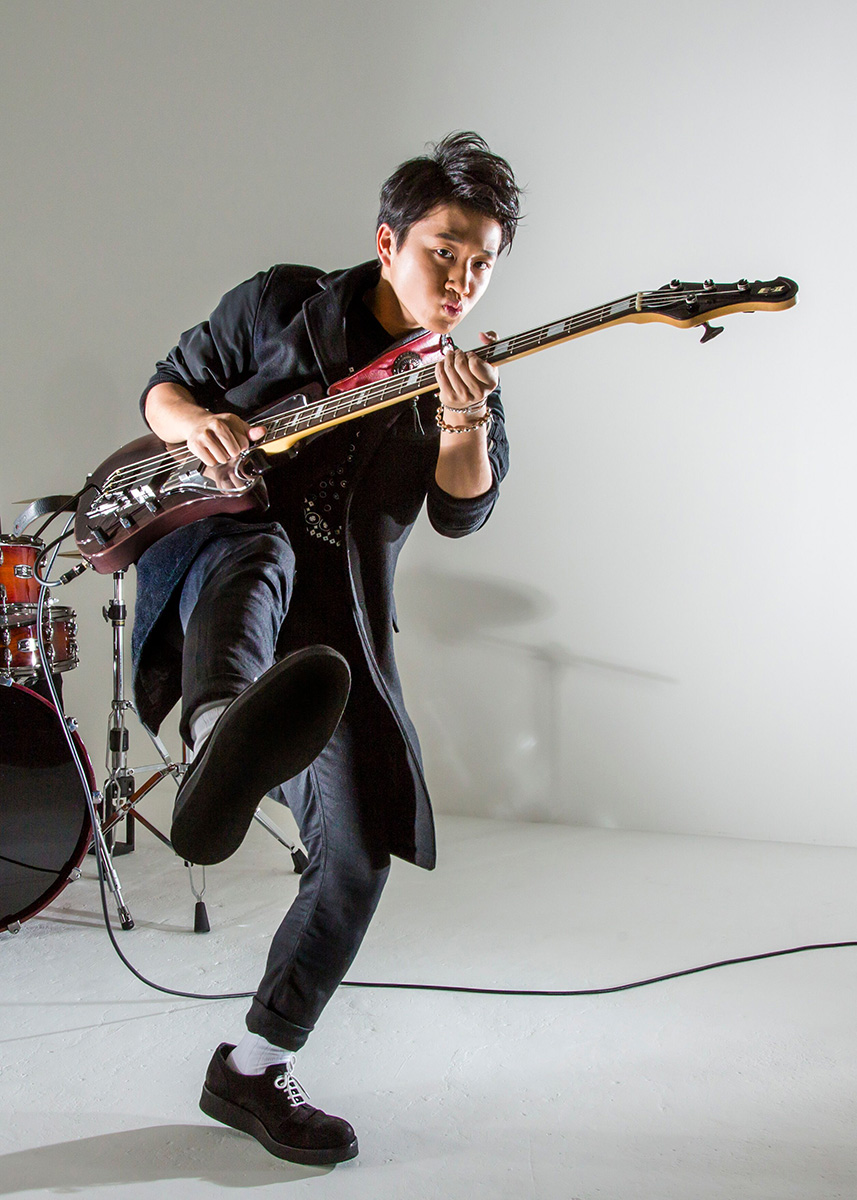 On your album IGNITION, two of the tracks feature Bootsy Collins and Buckethead as guest artists. How did this collaboration come about?

MIO: It all happened because of Facebook. Since we formed the band, we’ve been posting videos of our rehearsals and live shows on Facebook. One of the videos caught Bootsy’s eye, and he shared it on his Facebook page. We contacted him and asked Bootsy to produce a couple of songs for our first full album IGNITION, and he said “OK”! Then Bootsy got Buckethead to join. We’re so happy join in such an amazing collaboration.

HAL-CA, you were invited to play at the all-female metal festival “Naon no Yaon” last year. How did you feel about playing along with respected guitarists like Sun-go (SHOW-YA) and others?

HAL-CA: I was nervous being among such great guitarists at the female musicians event, but I got to join in the guitar battle with all these powerful musicians on stage — I had such a good time! It also felt great to experience playing at the Hibiya Open-Air Concert Hall. With all that energy around me, I got so much stimulation and power. 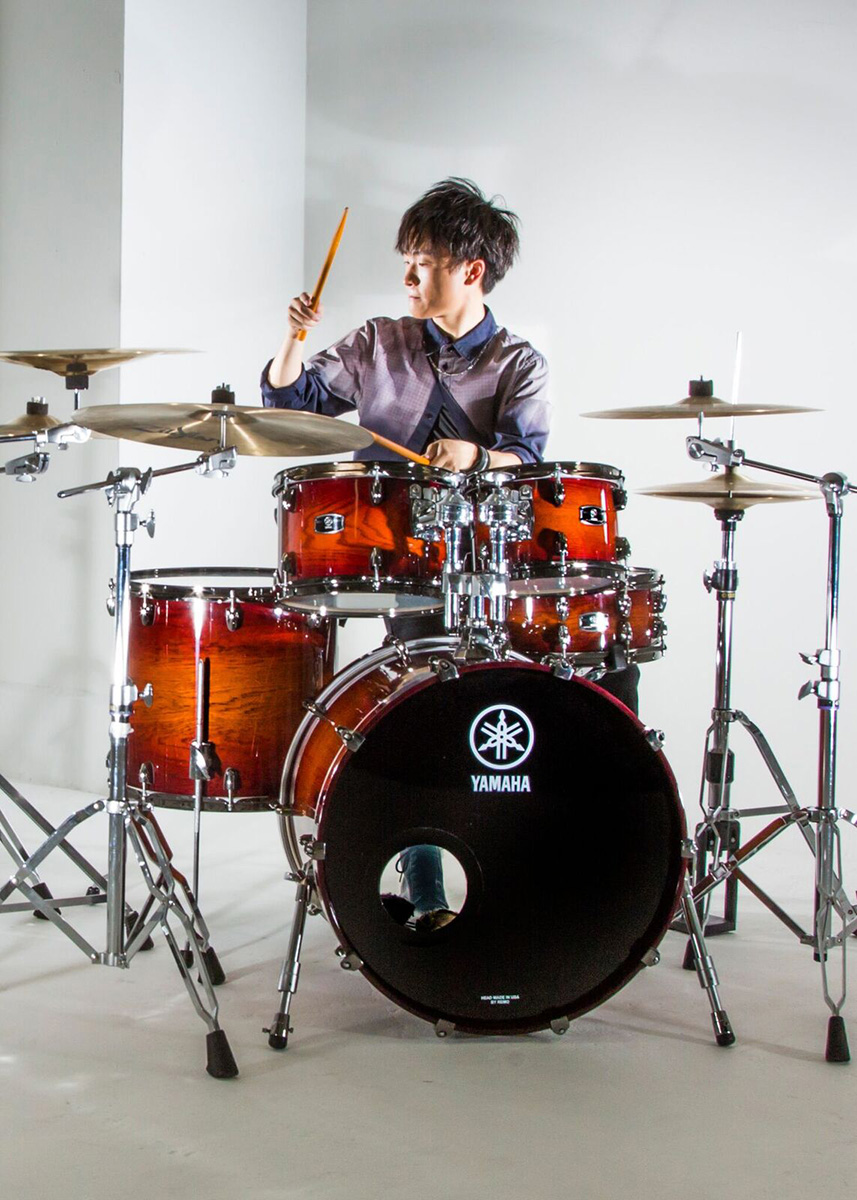 What is your process for creating a new song? Which of the songs on IGNITION took the longest to complete?

HAL-CA: It depends, each song starts a different way. Normally, one of us creates a quick demo of the verses and chorus, and from that point all of us add our own ideas to create the final song. On IGNITION, the song that took the longest to create was “DAWN”… it’s our longest song ever, at nearly 10 minutes. When I first played it for everyone, it was nothing close to the final version — it was all just less than 60 seconds, with introduction, riff, and ending — that’s it! (laughs) We talked about it, and we all thought it was good enough to build on, so we started constructing it. Each member worked on his own part — verse 1, verse 2, hook, and riff — then put them all together. None of us imagined it will be such a long song, but when we finally finished it, we looked at this big thing and said “Wow!” And it was done, just like that. (laughs) Now we’ve come to really love this song because you can hear moments of each member’s signature sound.

MIYU (bass): In “DAWN”, I play a 7-string bass, using its wide range from high to low, really doing my best to express the story that way. I’m pretty happy with how it worked out.

MIO: For me, I approached “DAWN” with the concept of “Dawn will come no matter how long or how dark the night is”. That’s the reason the first half of the song is dark and heavy, then it gradually opens up into light. We developed the story of this song through music. Each of us carefully constructed our part to fit the story, and it took a lot of time to get it right. For the drums, I tried to add lots of small details in the fierce parts and delicate parts. 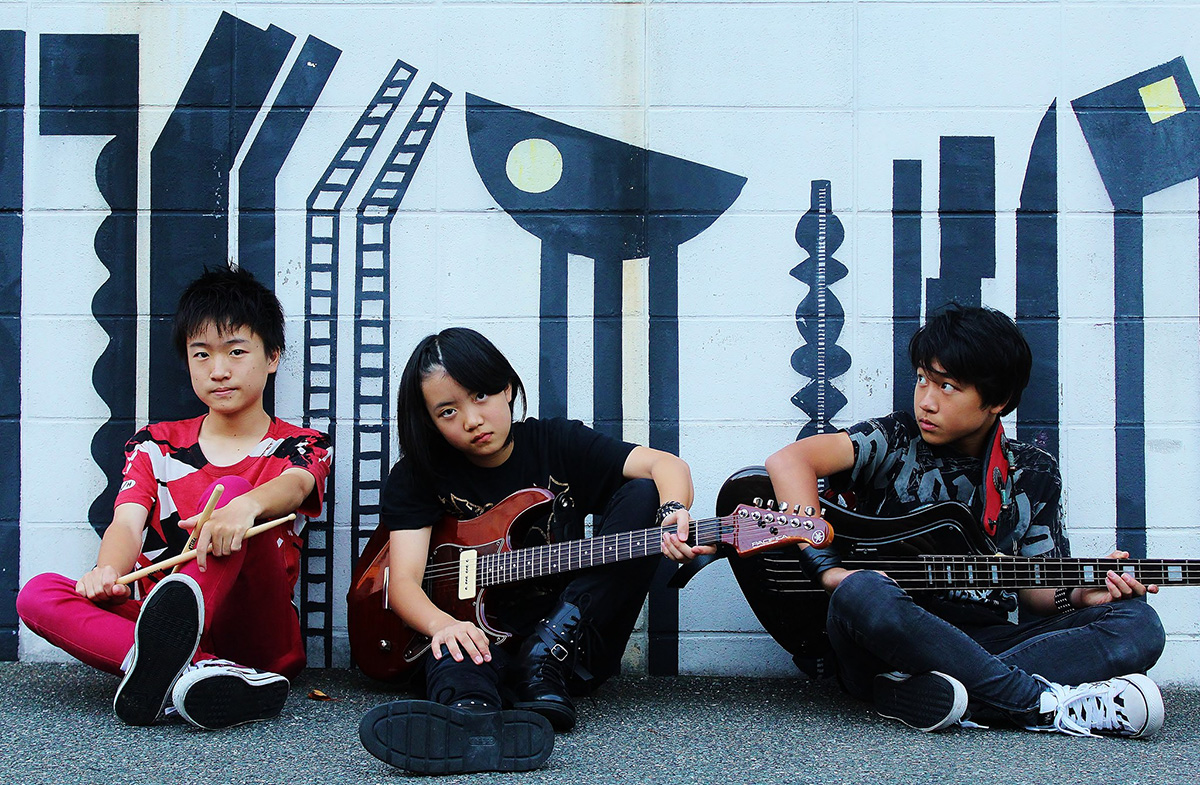 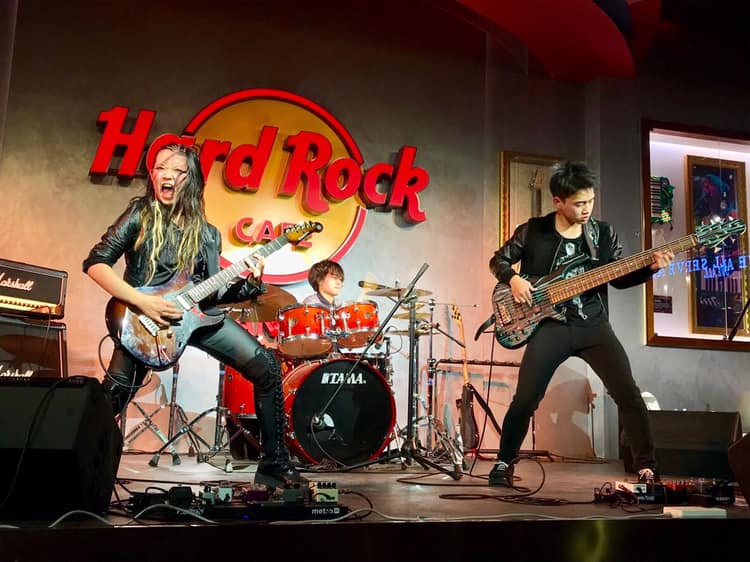 You’ve recorded cover versions of classic 70s and 80s metal songs – Dio, Motorhead, Ozzy, and Metallica – and more modern groups like Rage Against The Machine. How do you decide that a song is special enough to create your own version?

HAL-CA: Basically, we choose our favorite artists, artists who influenced us and songs we feel would sound great in an ASTERISM arrangement. We perform live monthly at the Hard Rock Cafe Fukuoka, and we play many covers there. The ones that get the greatest reaction from the audience are the ones we’ll decide to add to an album.

ASTERISM is gaining many overseas fans because of YouTube and streaming music. How do you feel about receiving so much attention? As a young band, do you feel pressure when everyone is watching you grow?

HAL-CA: Whenever we do a livestream, I get nervous, because if I make mistake, it’s delivered all over the world at once. (laughs) But it’s not a bad kind of pressure. I feel like I’m ready for it, because this is how we let people know about ASTERISM, and I want to deliver our live sound all over the world.

MIYU: No pressure at all! For me, reading support messages from different countries really makes me happy, and it’s where my power comes from!

MIO: Gaining attention for our music from all over the world is really stimulating. We’ve been posting our live shows and rehearsals to the world to deliver not only our music, but to show our intensity and passion, too. I believe this is the best way to reach people with ASTERISM’s sound, and we’re going to continue this way so the world can watch us grow. 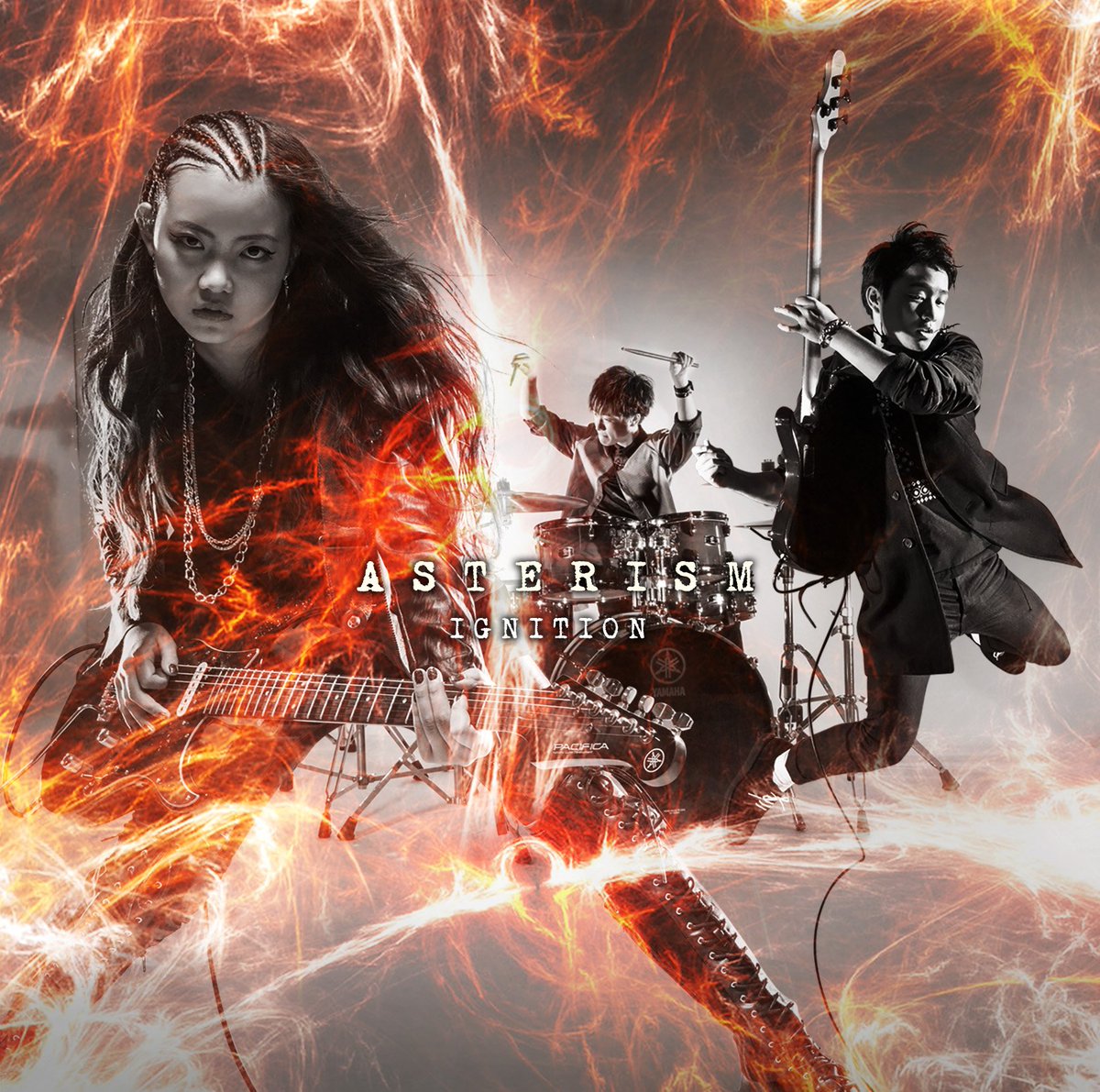 Why did you decide to go to SXSW this year? What do you think will be your biggest challenge there?

HAL-CA: Our dream is to become a band that tours all over the world. We decided to take the first step toward that dream by performing at SXSW. We started 2019 with the World Tour Asia leg and we got a great reaction. Now it’s our chance to expand our activities to the rest of the world.

MIYU: We gained many fans in the U.S. on Facebook, but this is our first time playing live in the U.S. in front of those fans face-to-face. I have no idea how audience is going to react… It’s challenging, but I promise to put everything I’ve got into the concert.

Are your rooms soundproofed at home? How do your family and your neighbors handle your “homework” sessions?
ex: https://youtu.be/jFDssmQnn3Y

HAL-CA: No, my room isn’t soundproof. It’s nothing special, just a regular room with a study desk and normal things. My family is very supportive, and they put up with all the noisy guitar sounds every day. But my parents are strict about playing at night, so have to always remember to shut down on time!

MIO: My brother MIYU and I live together with our family, and our house isn’t soundproof either, so I try not to play drums late at night. Our family supports us a lot, sometimes they even give us advice. Our neighbors don’t complain about the sound, so we’re lucky that way, too. 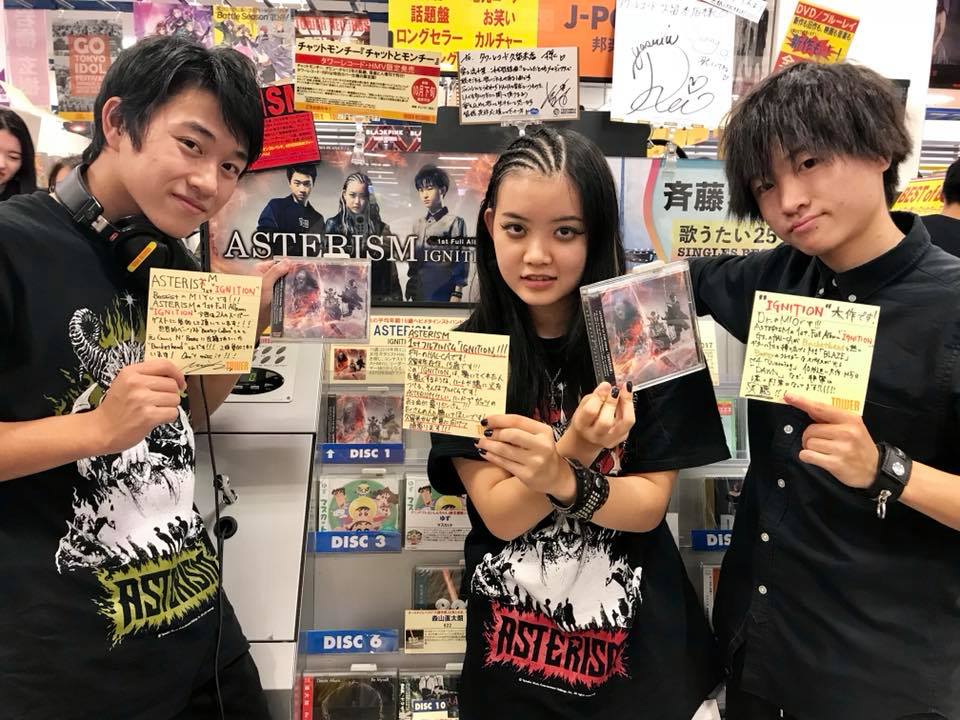 Your rehearsals and performances are really intense. They require a lot of focus. How do you guys release the tension?

HAL-CA: Thank you — I really want everyone to feel that intensity in our music. For me, playing the guitar is what chills me out. I just immerse myself in music and enjoy playing with my heart.

MIYU: I’m always a bit nervous before playing live, but once I get up on the stage and start playing, all of those nerves are gone. I take energy drinks to boost my concentration! (laughs)

MIO: I try to keep the same concentration at rehearsals and on stage. When I’m getting ready for a performance, I pull in all that intensity so I can shoot it all back at the audience!

You’ve called your style of music “battle music” — it gives power to people who are fighting for something. What are each of you fighting for, personally? How does music give each of you power to go after your dreams?

HAL-CA: When I’m playing live, I battle with my band members. They’re great band mates, but they’re my biggest rivals, too. Even at rehearsal, we battle and sparks fly when we’re going heavy on our instruments. Off the stage, I battle with myself. To grow as a human, I think I need to be hard on myself. We always say “ASTERISM music is battle music”, and it’s not only for our listeners, but it’s also music that encourages me and pushes me to move forward.

MIYU: I think I battle with myself. I have a big dream to become a world-famous bassist, so I’m just battling with each goal I face, to get closer to my dream. Music is the one and only thing that provides encouragement to me.

MIO: I always battle with the other members. No doubt. It’s natural. We’re heading in the same direction, but we’re always doing our best and we won’t leave each other behind. In front of an audience, I’m doing my best to play so hard that I can blow HAL-CA and MIYU off the stage! (laughs) Also, when I’m playing, I’m thinking about battling other musicians my same age, or even great artists. When I listen to music, I sometimes feel like, “Okay, I can make it mine!” On the other hand, sometimes I can feel overwhelmed. Our “battle music” makes me believe I can grow and go even further to reach to my dream. 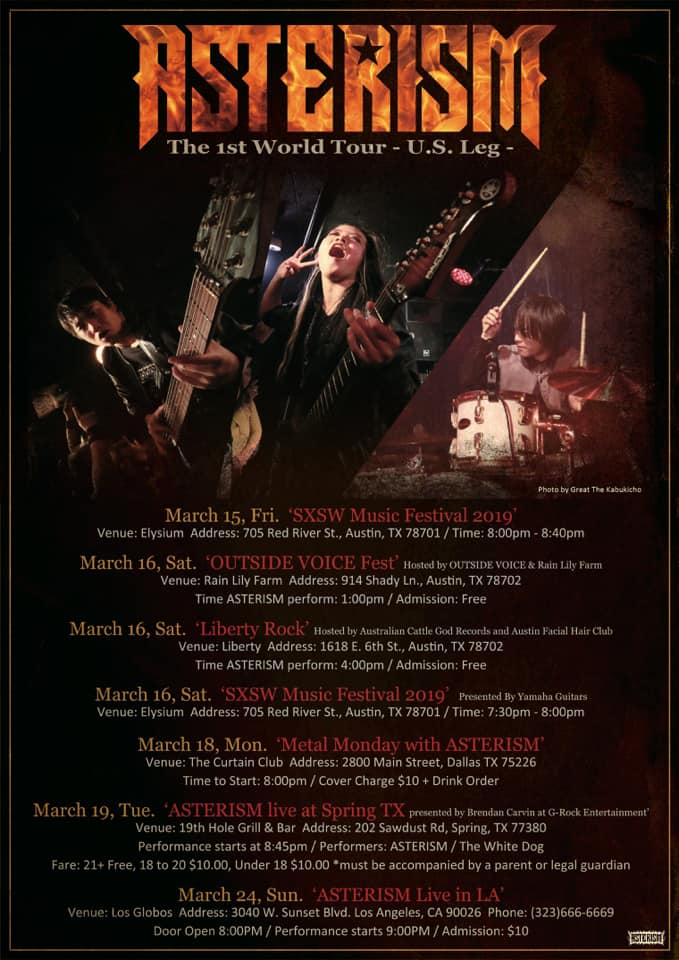 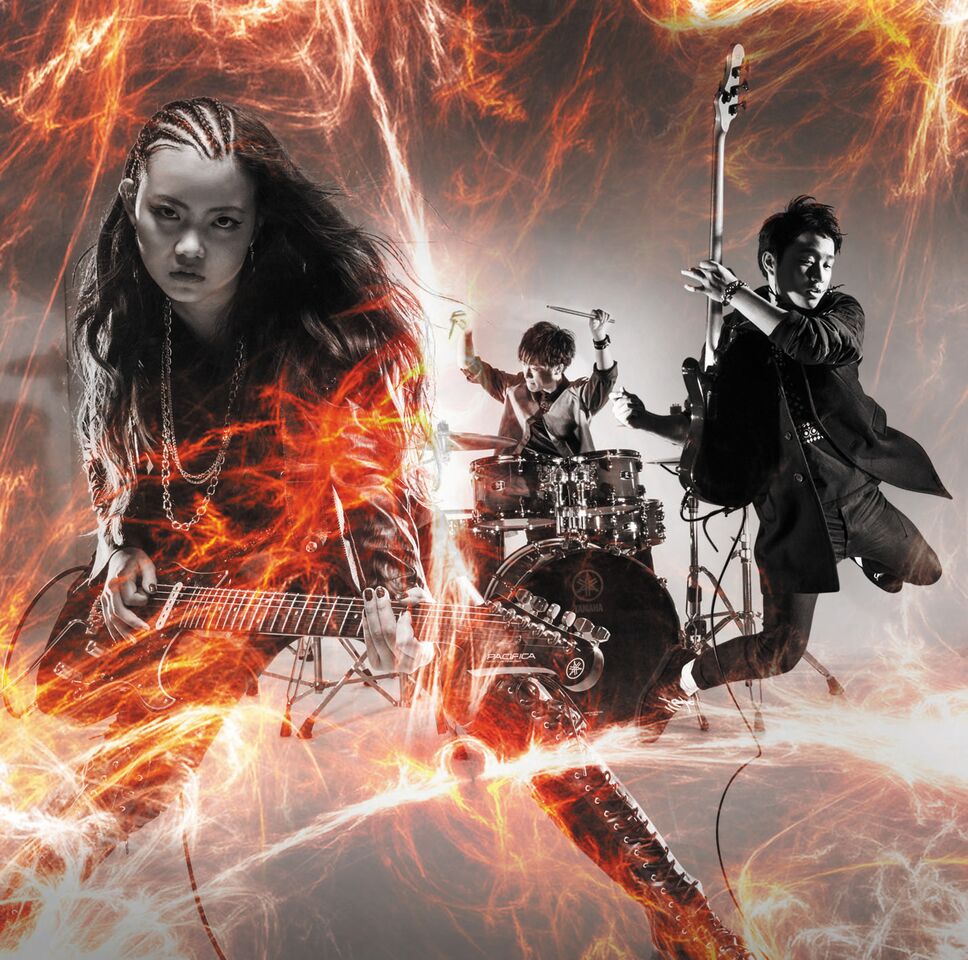