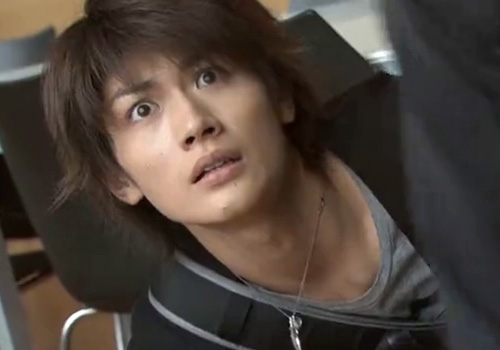 SUMMARY
As soon as Falcon and his friends enter the biochemical lab, they’re shot at by the terrorist assassin “Demon”. He’s the same tattooed gunman who framed Falcon’s father Takagi by killing a government official with one shot, but he misses his shot at Falcon. (Why shoot once when you can miss and do the super cool walk for 15 minutes?)

Falcon hacks into the security cameras and catches the terrorists watching from their hideout. He cuts their connection, and that makes J really pissed. “It’s no fun anymore,” he pouts, and takes off to make mischief elsewhere. 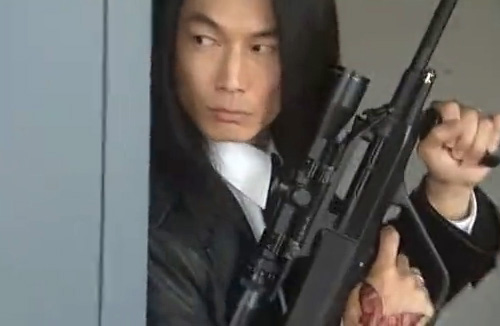 Deep inside the lab, Maya and Professor Shikimura are gathering the antivirus data, and the Professor strikes a deal with Maya to let him escape. Falcon and his crew encounter him and plead for his help to save Saori.

Takagi intervenes and tries to takes the Professor away at gunpoint, but has to turn away to avoid capture by THIRD-i. Kano has caught up with Falcon, and starts a shootout with Demon. Demon has the squad pinned down, but Maya shoots him in the back, then hops into the getaway car with Takagi. 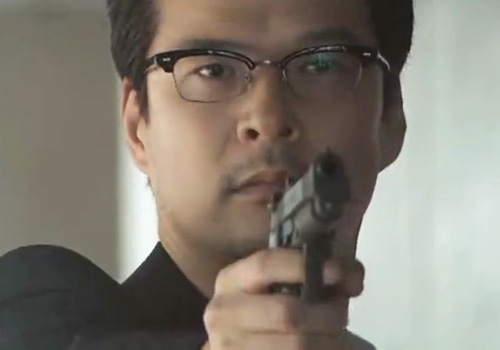 Professor Shikimura is brought back to THIRD-i, but he’s too late to save Saori. Shikimura reveals the location of terrorists’ hideout, but Kano arrives too late and find it empty.

Kirishima is suspicious, and he figures out that the Professor is lying to them about his kidnapping. He’s helping the terrorists voluntarily. Shikimura offers to turn over the anti-virus in exchange for his freedom, but Maya sneaks onto THIRD-i and takes him out, reneging on her deal in fear of J. 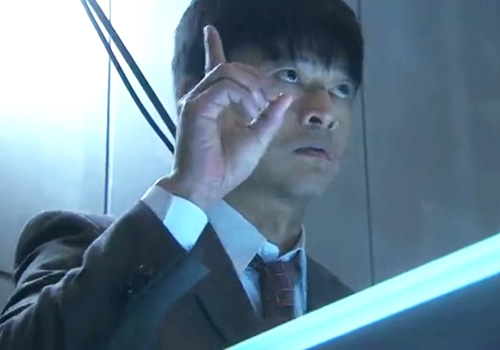 Falcon decodes a clue on Professor’s PC, and it turns out the anti-virus info is on an old laptop in Falcon’s house. Falcon calls ahead and asks Otoya to get Haruka out of the house before THIRD-i arrives to retrieve it.

WHAT’S ICE COLD
When Takagi Sr. pulls a gun on his son and says “Forget about me,” it’s far from the warm reunion Falon was hoping for. Daddy even cocks the hammer to make his point.

WHAT’S LAME
Lazy terrorists apparently hire lazier assassins. Demon could have easily taken out Falcon and been back home in time for his hair appointment.

WHAT’S AWESOME
Kirishima’s (Hisashi Yoshizawa) internal struggle as he tries to stay professional in the wake of Saori’s death. Here’s one key difference from 24: when the Professor taunts Kirishima about Saori and plays games with the anti-virus location, instead of cool negotiations, it would be “get me a hacksaw” time. 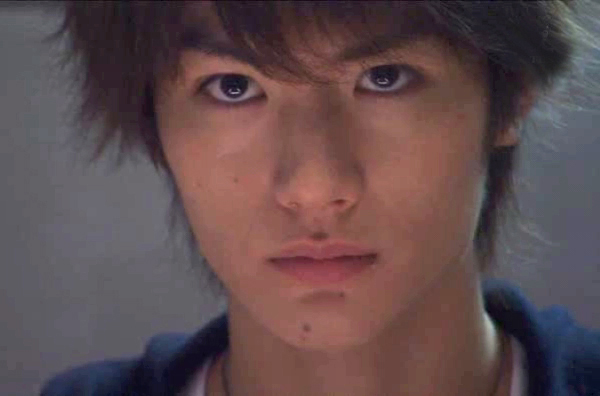 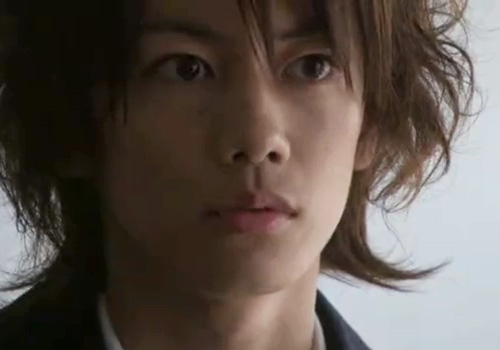