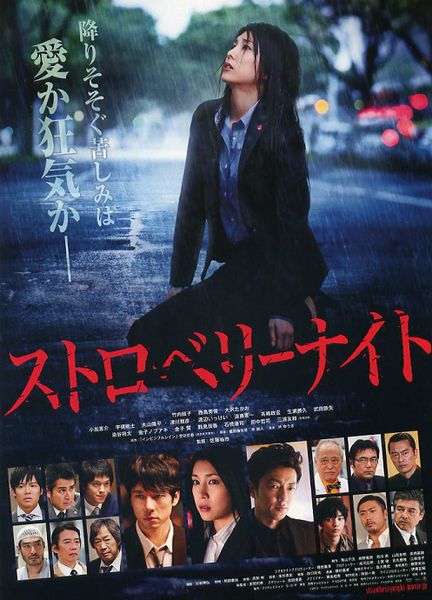 Based on the detective novel Invisible Rain by Tetsuya Honda, Strawberry Night brings Assistant Inspector Reiko Himekawa (Yuko Takeuchi) and the Tenth Homicide Section from television to the silver screen. Her team begins to investigate the gruesome murder of a gangster, only to be pulled off the case by her superiors. However, following a tip that connects the murder to a previous case– the name, Kento Yanai– Himekawa is too personally invested to quit. In fact, she becomes entangled in both police and yakuza politics at the risk of her job, her life, and even her heart.

Strawberry Night is a modern-day film noir. Grey shades dominate most scenes with rain permeating the atmosphere. Himekawa is very much the archetypal hardboiled detective: thick-skinned, cynical, independent, and haunted by her past. Her colleague Kazuo Kikuta (Hidetoshi Nishijima) and the mysterious Isao Makita (Takao Osawa) representing the two kinds of love interest found in the genre: the redeemer and the femme fatale– or in this case, the homme fatale. The gender reversal can be tricky, but the movie successfully pulls it off, mostly thanks to Takeuchi. She injects femininity and vulnerability into the tough character of Himekawa, a survivor and the lone female section chief.

Takeuchi drives the film forward so when the plot becomes convoluted with all its twists, the audience is still invested in Himekawa’s hunt for justice, as well as her blooming relationship with Makita. She is obviously going to hook up with him– the chemistry between them is too strong to deny– and triumph over the criminals and internal corruption, but at what price? This is the big the question of Strawberry Night, not “Who done it?”, and the answer at the end is emotional and realistic. The movie does not shy from making its lead suffer the consequences of her bold actions. 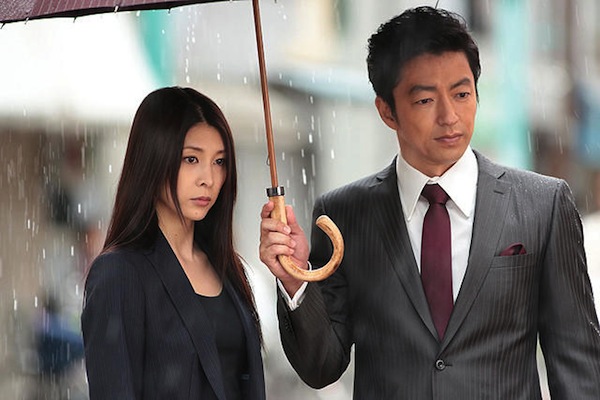 Although the story stands alone, watching the drama probably would have made the movie better. The other characters are unmemorable that I kept getting names mixed up. It’s a shame that the investigative team that is so dedicated to supporting Himekawa does not get much screen time at all. Even Kikuta, her confidant, comes across as the stereotypical nice guy with a crush. He looks too innocent to be a seasoned detective and is barely competition for Makita despite the set-up for a love triangle. Furthermore, the film makes a big deal about Reiko’s past, but there’s more telling than showing. Aside from the esoteric flashback in the beginning, there is very little visual evidence that Reiko suffers from the PTSD that characters allude to. So what if she’s attracted to the darkness inside Makita? That seemed to originate more out of passion rather than trauma.

Strawberry Night is a solid mystery with a charismatic lead. That may be enough to pique the interest in the drama for those who haven’t seen it previously. Nevertheless it is better to watch the drama first, as the emotional impact of the end is dampened a bit without prior knowledge of the character relationships and the growth of Reiko Himekawa from lone wolf to leader. 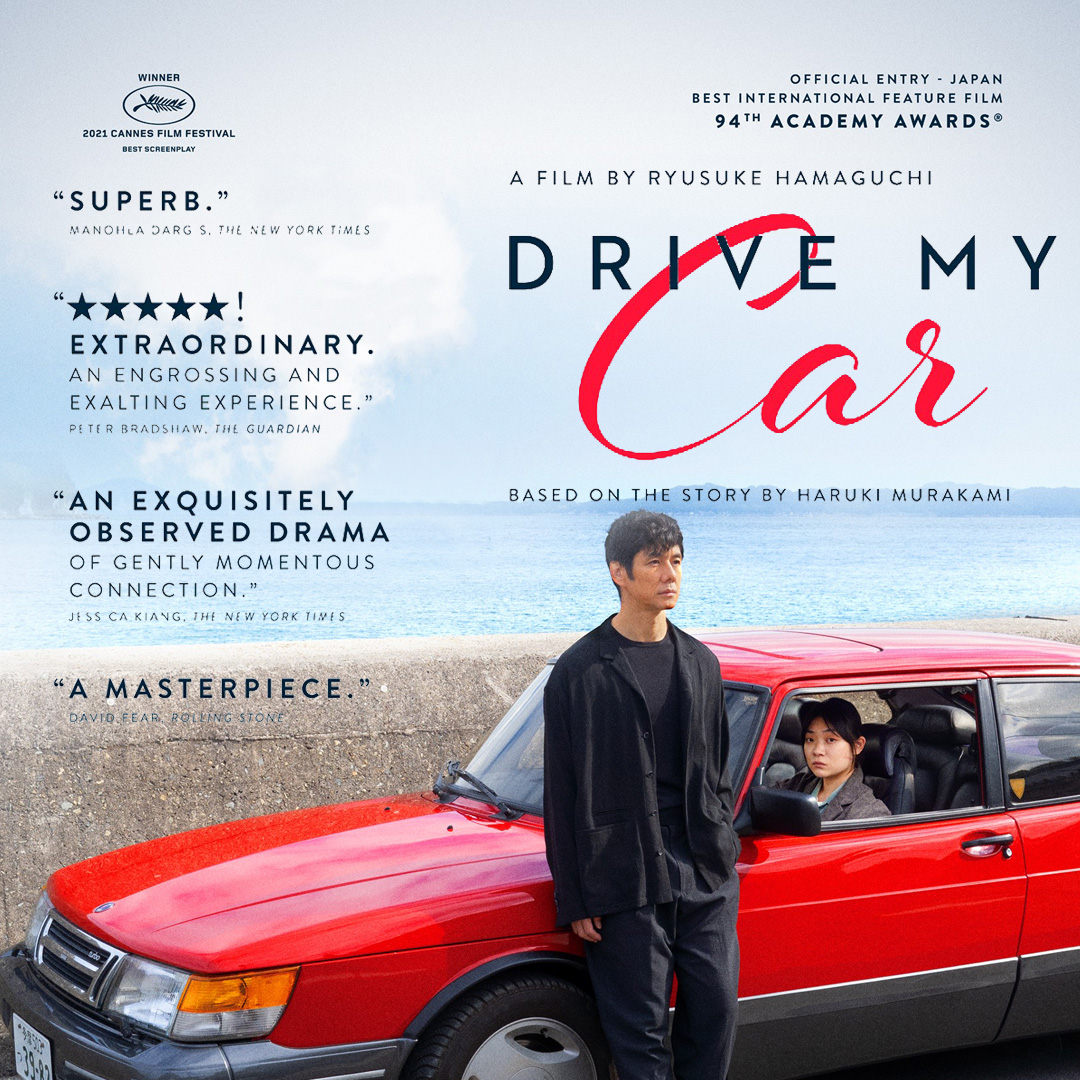